Electric vehicle sales are growing rapidly around the world as the cost of batteries come down, charging infrastructure improves, and range anxiety subsides for buyers. An analysis by Deloitte predicts that globally electric vehicle sales will grow from 2.5 million units in 2020 to 31.1 million annually in 2030, or about 29% of all vehicles sold.

This growth opens a huge opportunity for electric vehicle companies that can build popular products and make vehicles profitable. While Tesla (NASDAQ:TSLA) gets most of the attention in the industry, I think Fisker (NYSE:FSR), General Motors (NYSE:GM), and Proterra (NASDAQ:PTRA) are the stocks investors should be buying today. 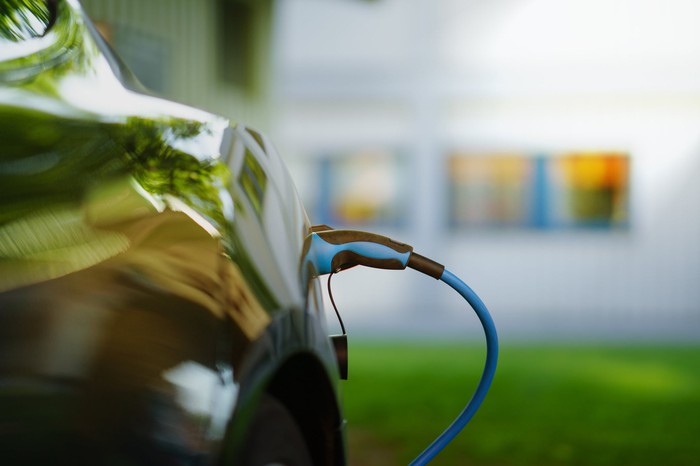 One of the most unique business models in electric vehicles is Fisker’s. The company isn’t building a factory, like most competitors, and isn’t even building out a service network. Instead, the company is outsourcing most of the value chain — except the seating of vehicles and the sales and marketing functions. The goal is effectively to commoditize the rest of the business, capturing value from the design and branding of its EV.

The model is compelling because it could allow Fisker to scale more quickly than competitors with less capital and lower financial risk. Owning the factory is actually one of the biggest reasons automakers can go bust when demand shrinks, and Fisker won’t have one.

The risk for Fisker is that it won’t have enough infrastructure to make the business work. The company is leaning on contractors to build vehicles and even service them, which could lead to misaligned incentives in the value chain. But given the potential for disruption, I think this is an EV stock worth taking a bet on. 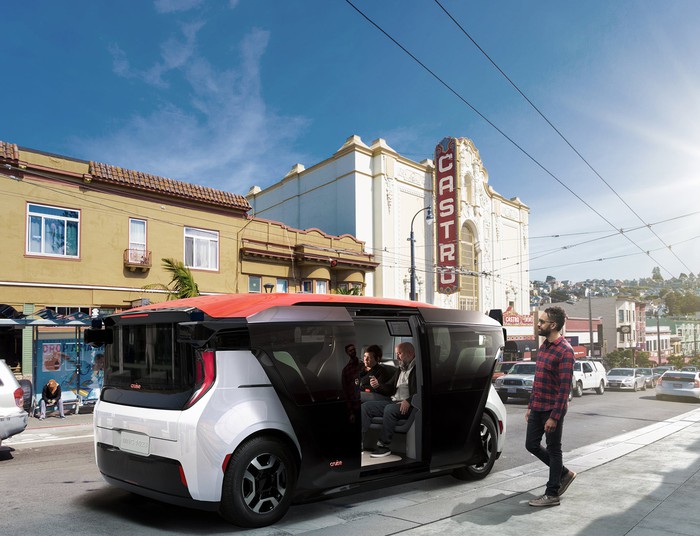 General Motors says it expects to be a fully electric vehicle company by 2035, and is spending $35 billion to make the transition possible. But it’s not just GM’s vehicles that make it a great EV stock, it’s the company’s majority ownership of self-driving company Cruise that could truly disrupt the auto industry.

GM has developed the custom Cruise Origin (shown above) with Cruise, an EV that has no steering wheel and is expected to last for 1 million miles. GM will be the supplier of the Origin to Cruise, and will also assist with financing. If autonomous vehicles take off, GM will not only be a supplier, it could be the owner of a leader in autonomous driving technology.

I think GM has multiple ways it can benefit from the growth in electric vehicles. GM-branded vehicles may be one, but if the future of transportation is autonomous vehicles, Cruise Origin could be the future of EVs.

One potentially large market for electric vehicles is buses and large commercial vehicles, where Proterra is an early mover. The company has launched its own line of electric buses called the ZX5, but it is now also making drivetrains for a variety of industrial vehicles, from buses to construction vehicles.

What’s great about Proterra’s strategy is that it allows the company to be an expert in one subset of the EV market (drivetrains) while leaving other parts of its manufacturing to expert partners (like excavators and school buses).

Proterra is very new in the EV market, and generated just $59 million in revenue and a gross margin of 2% in the second quarter of 2021. But if industrial vehicles start to be electrified in large numbers, this could be a key supplier to multiple industries — and that’s why this is a top EV stock today.

Momentum is clearly in favor of electric vehicles, and Fisker, GM, and Proterra have the business models to win in the market. That’s why they’re my top picks to ride the industry’s growth over the next decade.

A traffic light is seen near the … END_OF_DOCUMENT_TOKEN_TO_BE_REPLACED