CarMax is one of the largest sellers of automobiles in America. In fiscal year 2021, it found buyers for 750,000 cars. One of the primary rules for any sales organization is to know the wants and needs of its customers, so CarMax decided to do a survey to find out what people think about eco-friendly cars.

They surveyed 1,049 current car owners about their perceptions of hybrid and electric cars. The survey was of the general population and not limited to CarMax customers. After the results were tabulated, 56% of respondents said they intend to purchase either a hybrid or electric car the next time they buy a car.

Sharp-eyed readers will note that CarMax’s definition of a “green” car may be somewhat at odds with what most CleanTechnica readers think. For instance, we don’t get all that excited about a traditional Toyota Prius, but it does have about half the emissions of the gargantuan SUVs and pickup trucks Americans are head over heels in love with, so let’s be thankful for small favors.

CarMax says, “55.9% said they will likely buy a green-conscious car the next time they’re in the market for a vehicle, compared to less than 23.9% who were unlikely to do so. When we consider generational differences, millennials were more likely than baby boomers to say their next car purchase would be a hybrid or electric vehicle. 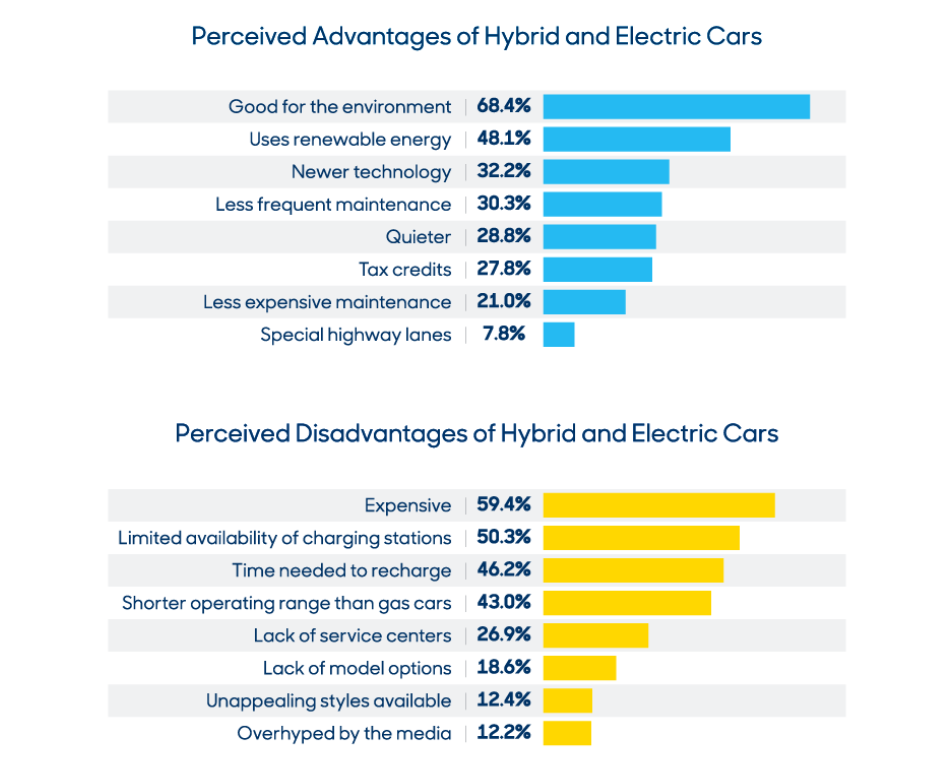 60% of people who took the survey said they are considering a low or zero emissions car because they are “moderately” or “extremely” concerned about carbon emissions polluting the atmosphere. “For most people, the top benefit of hybrid and electric vehicles wasn’t personal: It’s for the environment,” the report states.

Perception is reality and the good news is the public perception of low and zero emissions cars is sky high. 89.5% of car owners believe hybrid vehicles are becoming more popular and a whopping 91.8% believe sustainable cars will outnumber traditional gas-powered vehicles by 2050. [Caveat: your definition of “sustainable” may be at variance with the people taking the survey think that word means. To us, only battery electric cars are “sustainable” but it has to be good news that so many respondents are even thinking about sustainability.] 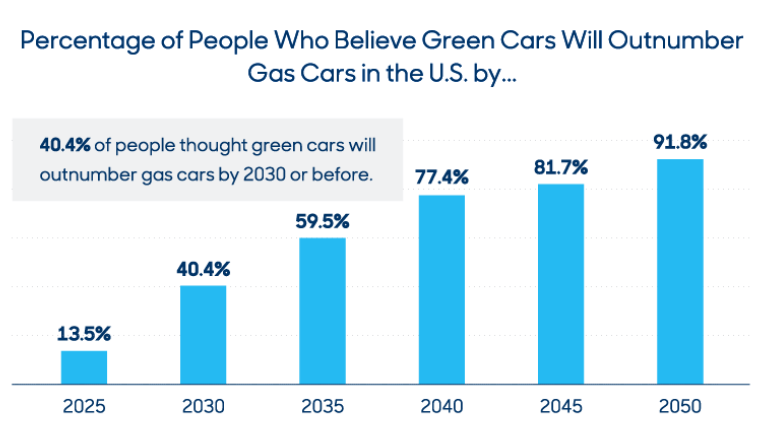 “Hybrid and electric vehicles appear to be the way of the future,” CarMax says. “With automakers taking the pledge to stop producing combustion engines and President Biden’s plan to accelerate the adoption of electric vehicles by improving the available infrastructure for drivers, it seems it could only be a matter of time before green-conscious vehicles dominate America’s roads.” Amen to that.

A Note About Methodology

Every survey has weaknesses and CarMax acknowledges the data it collected relies on self reporting. “There are many issues with self-reported data,” CarMax says. “These issues include, but are not limited to, the following: selective memory, telescoping, attribution, and exaggeration.” As they say in the car business, “Your mileage may vary. See dealer for details.”

How to Succeed With the Help of the … END_OF_DOCUMENT_TOKEN_TO_BE_REPLACED

A traffic light is seen near the … END_OF_DOCUMENT_TOKEN_TO_BE_REPLACED