Major electric vehicle announcements by President Joe Biden and General Motors are being hailed as a turning point in the transition to widespread EV production and deployment in America. This matters greatly, because this crucial technology can both jump-start U.S. manufacturing to ease the economic and jobs crisis, and rapidly reduce emissions that cause climate change.

But there are still serious barriers to EVs. By far the biggest is the lack of American consumer demand for electric vehicles.

EVs, including plug-in electric hybrids, accounted for less than 2% of new U.S. vehicles sold in 2019.

This number is far lower than in other major markets, especially China, which has triple U.S. production and deployment volume.

Just as worrisome, only 14% of Americans say they are considering buying an EV, compared with 73% of Chinese motorists.

This should not be surprising. The United States has done far less than China (and Europe) to incentivize EVs and to capture valuable production jobs. U.S. consumer “real” prices  for EVs are therefore that much higher than oil-powered vehicles, in large part due to weaker or expired consumer tax incentives. And America still has a woefully sparse EV charging infrastructure, alienating consumers with inconvenience and uncertainty.

There are three major policies that can overcome these roadblocks:

►Congress must make EVs affordable for average Americans. Incentives should be much higher for average models than for more expensive cars. This approach, advocated by the Progressive Policy Institute for several years, has been incorporated into legislation by Rep. Jackie Speier, D-Calif., that is supported by the United Auto Workers and other key stakeholders.

The current $7,500 EV tax credit applies equally to a $100,000 model as to a $35,000 vehicle. So far, Democrats on the House Ways and Means Committee are planning to retain this basic structure in tax legislation. This has enabled Republicans to caricature the tax credit as “subsidies for electric vehicles overwhelmingly (benefiting) the rich,” and provides a flimsy excuse for them to oppose otherwise extremely popular EV tax incentives.

The Biden administration has showed concern about the regressive nature of this tax credit by proposing that only Americans with incomes under $250,000 a year qualify for the credit, but this approach could reduce demand more than other fixes.

U.S. automakers, or at least their marketers, are well aware of the need to “democratize” the image of EVs. A new GM TV ad on EVs that kicked off during the Super Bowl makes this case directly, using “everybody in” as its democratizing tagline. The Biden administration should work with key members of Congress, the auto industry and labor unions to develop a progressive tax credit that is proportionately higher for the less expensive vehicles that average Americans can afford.

Biden’s focus on the government procurement of EVs is important, because the federal government operates about 650,000 vehicles. But a 2019 government report on the federal EV purchasing programs suggests that EVs have not been purchased at “large scale” because of higher sticker prices and a lack of charging infrastructure.

Even more important will be incentivizing much larger commercial sector EV fleets, which taken together could add a million EVs in just the next few years. Already, a dozen top companies that include Amazon, UPS, FedEx and Walmart have announced EV fleet purchases, but innovative policy on tax incentives, charging installations and electric utility incentives could accelerate private commercial investments far faster.

America must build the world’s largest EV charging network, through public infrastructure legislation and commercial incentives, as Biden envisions in his goal of 500,000 charging outlets by the end of 2030.This is crucial to democratizing EVs for everyone, making electrics even more convenient than oil-powered vehicles, especially as single-charge EV ranges grow toward 300 miles.

In climate terms, more charging platforms will create a larger network of EVs. Over time, tens of millions of EV batteries plugged into the electric grid will act as an additional electricity storage resource. This could provide greater flexibility for the overall grid to accommodate more intermittent clean energy sources like wind and solar, further lowering U.S. emissions.

The benefits of EVs — for consumers, Americans workers and the environment — are immense. For drivers, they will over time make vehicles cheaper to buy, maintain and fuel, while also improving performance and creating no pollution or noise. For America, they can help reanimate our auto and manufacturing sectors, and dramatically reduce climate change emissions, pollution and reliance on overseas oil.

The on-ramp to all of these EV benefits is about exciting American consumers with new EV cars and trucks that provide more Americans opportunities and enjoyment. This is what the Model T first did a century ago, and what iconic Chevys, Chryslers, Ford trucks and GM SUVs have been doing for generations since — building better cars that people can afford.

Paul Bledsoe (@paulbledsoe) is a strategic adviser at the Progressive Policy Institute and professorial lecturer at American University’s Center for Environmental Policy. He was a staff member of the White House Climate Change Task Force under President Bill Clinton and an Energy Department consultant during the Obama administration. 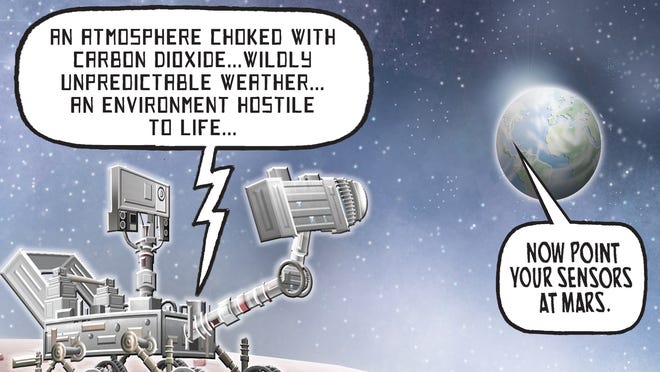