The prospect of buying an electric vehicle (EV) may fill you with anxiety.

The MetalMiner Best Practice Library offers a wealth of knowledge and tips to help buyers stay on top of metals markets and buying strategies. 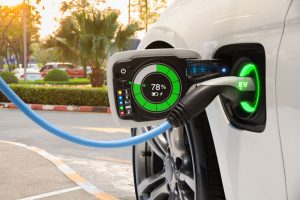 Tesla’s vehicles were ranked at the bottom for reliability in a recent customer poll, scoring a miserable two stars out of a potential five.

So far, EV resales have held up relatively well. However, anxiety remains regarding a significant technological breakthrough that would make used models “obsolete.”

Such anxiety, however, is not the point. Sufficient among us are taking the plunge, so much so that EV sales are skyrocketing.

OK, skyrocketing from a low base. But in percentage terms, sales are rising faster than for any other sector.

Last year, according to the IEA, new EV sales rose 41% year over year to 3 million cars despite a pandemic, bringing the total global EV fleet to 11 million units. 2021’s sales growth saw a further 40% surge in just the first quarter of this year. The Paris-based agency expects the number of EVs to rise to 145 million units by 2030.

Yet, even at the current low base demand, prices for battery metals like cobalt are surging.

The Financial Times reports that cobalt prices jumped 40% in Q1, laying the blame solely on battery demand. Of all the component metals in EV batteries, cobalt faces the most constrained supply base A very significant percentage of that cobalt still comes from the Democratic Republic of the Congo.

While some buyers, such as China’s CATL, have no reservations about investing in countries that face allegations of child labor. The firm recently invested $138 million in an undeveloped copper and cobalt resource in the country.

Others are voting with their wallets. Those companies are restricting contracts to suppliers in Russia, Australia, Philippines and even, in the case of BMW, from Morocco.

Producers are trying to diversify battery chemistry and technologies to avoid materials like cobalt. China, in particular, has a number of producers and EV manufacturers using non-cobalt battery technologies. However, range suffers as a result. The decision to substitute is made more due to cost than reservations about suppliers.

Nor is cobalt alone in seeing price support from EV battery demand. According to Fastmarkets’ latest assessment, the Australian hard rock lithium ore price for spodumene 6% Li2O min, CIF China was at $620-700 per metric ton March 31. That marked an increase of 67.09% since the end of December.

There are fears it could go higher during Q2. Chilean supplies hit problems due to rising pandemic infection levels resulting in border closures.

Copper, of course, is the story of the week. Cash prices broke $10,000 per metric ton on the LME. Contrary to some media sources, this is more about a front month squeeze pushing the copper market into backwardation than it is EV demand.

However, demand from the battery sector remains a significant factor that is part of wider strong physical demand for metal.

China remains the largest electric vehicle producer and market. It it also, by far, the largest battery manufacturer.

However, in percentage terms, growth is just as rapid in North America, Europe and other parts of Asia, like South Korea and Japan.

Quite where all the metal will come from remains to be seen.

Want an occasional email from MetalMiner that highlights new content with NO sales ploys? Join that list.

How to Succeed With the Help of the … END_OF_DOCUMENT_TOKEN_TO_BE_REPLACED

A traffic light is seen near the … END_OF_DOCUMENT_TOKEN_TO_BE_REPLACED