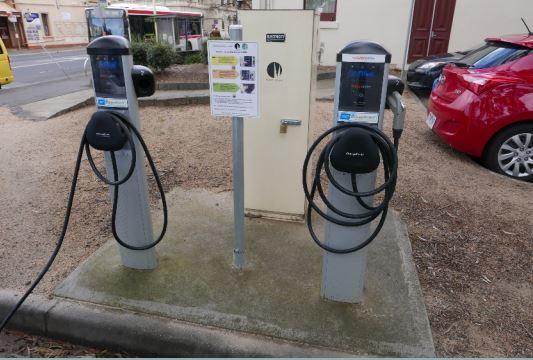 
“For more than six years now, Maryland has been setting an example for the nation of strong environmental leadership,” said Governor Hogan. “This is another important step forward to expanding access to electric vehicle charging across the state and encouraging more Marylanders to purchase and use electric vehicles.”


“Zero emission vehicles and clean transportation infrastructure are key drivers to achieving Maryland’s ambitious climate plans, which are among the most detailed and aggressive in the nation,” said Secretary Ben Grumbles of the Maryland Department of the Environment. “Our smart investments in charging infrastructure will accelerate the electric vehicle revolution and grow sustainable public-private partnerships throughout the state.”


Maryland received $75.7 million as part of a $2.7 billion national settlement with VW. A total of $11.3 million of Maryland’s money was directed toward deployment of zero emission vehicle infrastructure to facilitate the state’s adoption of battery, electric, and plug-in hybrid vehicles.


The Maryland Department of General Services (DGS) has taken the lead among state agencies in installing EV chargers and arranging for other agencies on state-owned property to install them. A number of the workplace grants were facilitated by DGS.


There are currently more than 36,000 electric vehicles in the state, according to the Maryland Department of Transportation. Maryland will begin the second round of VW funding by the end of the year.


The public fast charging stations will be located in:


Additional details regarding the fast charging and workplace EV chargers can be found here.

In our age, technology is … END_OF_DOCUMENT_TOKEN_TO_BE_REPLACED

How to Succeed With the Help of the … END_OF_DOCUMENT_TOKEN_TO_BE_REPLACED

A traffic light is seen near the … END_OF_DOCUMENT_TOKEN_TO_BE_REPLACED