Tesla and other electric-vehicle manufacturers will have to wait yet another year to receive approval to sell their autos directly to customers. 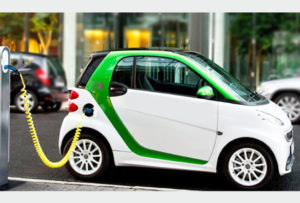 Senate Bill 127, which the state Transportation Committee passed, 25-10 in March, failed to be called before the General Assembly’s regular session expired at midnight on Wednesday. Similar measures have failed over the past five years.

At issue is the effort to bypass the need for automakers like Tesla and Rivian to operate brick-and-mortar dealerships.

Many of the state’s current statutes were passed as far back as the 1930s and were intended to protect independent auto dealers from auto manufacturers looking to own licensed dealerships and/or sell cars directly to consumers. Enacted when the American auto industry was dominated by the Big Three – Ford, General Motors and Chrysler – the laws are viewed as outdated by Tesla and others in an era when electric vehicles are becoming popular.

Proponents of SB 127 – including cosponsor Sen. Will Haskell (D-Westport), Senate Chair of the Transportation Committee — say that the state is missing out on significant income. Tesla, which last year accounted for about 80% of EV sales, offers models priced from $36,990 to $200,000.

Among those voting in opposition was Rep. Matt Blumenthal (D-Stamford).

The Connecticut Automotive Retailers Association, which says it does not oppose EVs in principle, commissioned a study that said the legislation could cost more than 40,000 jobs, $3.9 billion in economic activity, $1.1 billion in personal income, and $431 million in state revenue by 2040.

A traffic light is seen near the … END_OF_DOCUMENT_TOKEN_TO_BE_REPLACED