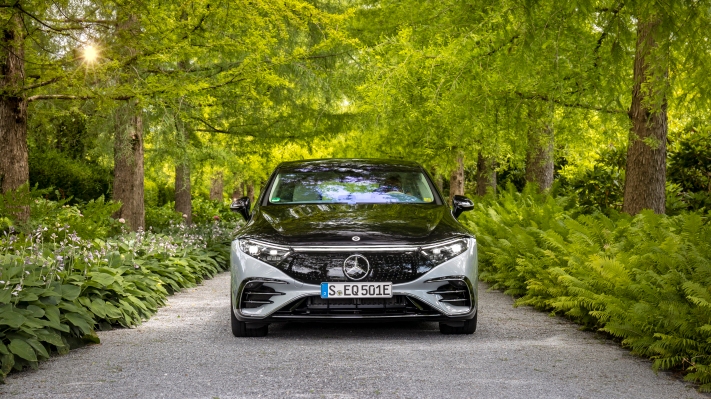 The Mercedes-Benz has priced the flagship EQS electric vehicle more than $8,700 below its gas-powered S-Class counterpart, a strategic move by the German automaker aiming to ensure a successful rollout of the luxury EV in North America.

Mercedes-Benz will start with two models: the EQS 450+ and the EQS 580 4MATIC, which has a higher base price of $120,160. These two variants will be offered in three trims — the top is appropriately called Pinnacle — pushing that price point as high as 126,360, including the $1,050 destination charge.

Mercedes’s decision to price the EQS below the S Class, which starts at $$112,150 (including destination charge), illustrates the stakes at play here. The S-Class has long been the company’s storied and luxurious flagship sedan. Mercedes, which earlier this year outlined a €40 billion ($47 billion) plan to become an electric-only automaker by the end of the decade, needs to either convert old S Class owners to the EQS or bring in a new slate of buyers.

The 2022 Mercedes-Benz exudes ultra-luxury, as expected. But it’s also loaded with tech, including a 56-inch hyperscreen, monster HEPA air filter and the software that intuitively learns the driver’s wants and needs. There is even a new fragrance called No.6 MOOD Linen and is described as “carried by the green note of a fig and linen.”

Mercedes is betting that the tech, coupled with performance, design and the price will attract buyers. As TechCrunch has noted before, this is a high-stakes game for Mercedes. The German automaker is banking on a successful rollout of the EQS in North America that will erase any memory of its troubled — and now nixed — launch of the EQC crossover in the United States.

In our age, technology is … END_OF_DOCUMENT_TOKEN_TO_BE_REPLACED

How to Succeed With the Help of the … END_OF_DOCUMENT_TOKEN_TO_BE_REPLACED

A traffic light is seen near the … END_OF_DOCUMENT_TOKEN_TO_BE_REPLACED