Doesn’t it feel like the news is always so negative nowadays? Well, there is a bright spot out there. And it happen to be in the auto industry. Once considered a tiny niche, the electric vehicle sector is surging. With a looming climate crisis on the horizon, the ongoing adoption of electric cars is something to celebrate.

Ben Gorman relates the good news in Axios. Gorman spoke with iSeeCars.com analyst Karl Brauer who announced, “It’s clear EV sales, both in the U.S. and globally, are increasing on a percentage basis faster than traditional internal combustion vehicles.”

And that’s not all. “Multiple automakers have introduced high-volume models in the past 12 months, with Tesla’s Model Y and Ford’s Mach-E being two prime examples,” Brauer explained.

And it’s not just Tesla. Although still small, Ford did announce sales of 6,614 of its Mach-E in the U.S. And GM reported that U.S. Q1 sales of its Bolt EV are up over 50% compared to last year.

After viewing a recent Morgan Stanley research note, Gorman reports that EV sector sales are rising with “over 181,000 fully electric vehicles sold worldwide in February, which is up 138% compared to February 2020, per Morgan Stanley and data partner EV-Volumes. And January’s numbers were even higher.”

That said, it’s still important to keep things in perspective. The EV sector may be gaining momentum on Wall Street but its still quite small in relative terms. And, the U.S. market continues to lag behind. It’s reported that “per Morgan Stanley, fully electric cars were [only] 2.3% of U.S. sales in February, compared to 6.3% in Europe and 7.9% in China.” 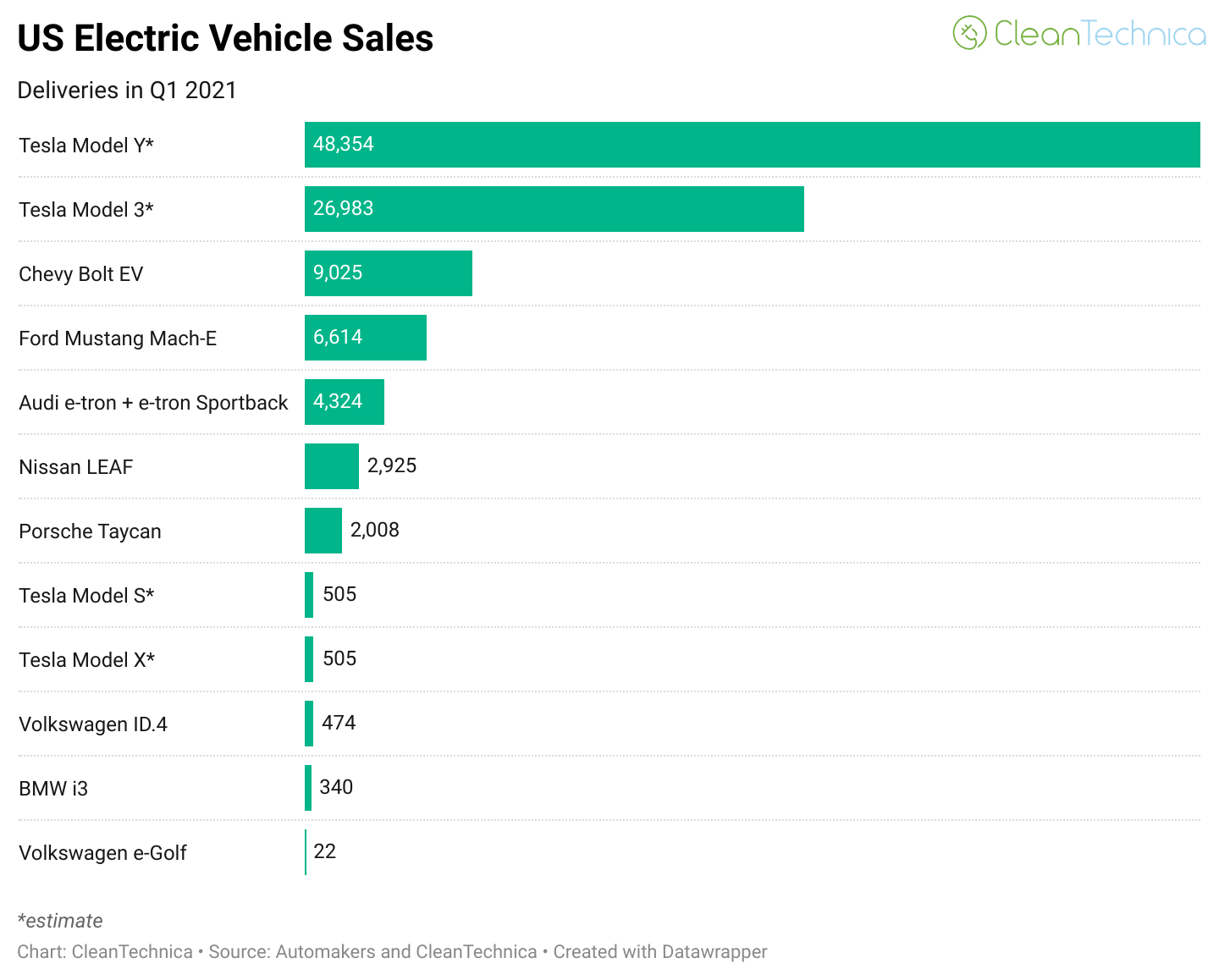 Appreciate CleanTechnica’s originality? Consider becoming a CleanTechnica Member, Supporter, Technician, or Ambassador — or a patron on Patreon.
Have a tip for CleanTechnica, want to advertise, or want to suggest a guest for our CleanTech Talk podcast? Contact us here.

Your browser does not support the … END_OF_DOCUMENT_TOKEN_TO_BE_REPLACED