ATLANTA – Two South Korean electric vehicle battery manufacturers have reached an 11th-hour settlement to a trade dispute that was threatening an estimated 2,600 jobs in Georgia.

SK Innovation, which is planning to build a pair of plants in Jackson County, will pay LG Energy Solutions $1.8 billion in exchange for dropping a lawsuit before the International Trade Commission (ITC). LG Energy had accused SK of stealing trade secrets and destroying documents.

The Biden administration was facing a Sunday deadline to overturn an ITC ruling favorable to LG that would have hampered SK’s ability to operate plants in the U.S.

“This settlement agreement is a win for American workers and the American auto industry,” President Joe Biden said Sunday. “A key part of my plan to Build Back Better is to have the electric vehicles and batteries of the future built here in America, all across America, by American workers.

“Today’s settlement is a positive step in that direction, which will bring some welcome relief to workers in Georgia and new opportunity for workers across the country.”


Success! An email has been sent to with a link to confirm list signup.


Error! There was an error processing your request.

“The announcement of a settlement between SK innovation and LG Energy Solution is fantastic news for northeast Georgia and our state’s growing electric vehicle industry,” Gov. Brian Kemp added. “Our state attracted this massive $2.6 billion investment because of Georgia’s pro-growth leadership, and I have personally participated in countless meetings, calls, and other conversations to make sure this project and the 2,600 expected jobs continued to move forward.”

Helping the two companies reach a settlement was a bipartisan effort. U.S. Sen. Jon Ossoff, D-Ga., intervened personally to bring the parties to the table to work out an agreement, according to a statement from Ossoff’s office.

“When the future of the plant was in jeopardy, Senator Ossoff provided leadership and helped us achieve a path forward,” SK Innovation President and CEO Jun Kim said “This successful outcome will lead to billions more in investment in Georgia. The state is now positioned to be the nation’s leader in electric vehicle battery production.”

The two plants, representing a $2.6 billion investment, will employ 1,000 workers by the end of this year. When fully ramped up in 2024, the plants will produce batteries for 300,000 electric vehicles per year, primarily for Ford and Volkswagen.

Stacker compiled a photographic essay of 30 memorable images from the William Gottlieb collection of prominent artists and performers from the 1940s, or the Golden Age of Jazz. Click for more. 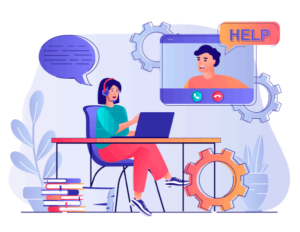 “One and Done” is one of many … END_OF_DOCUMENT_TOKEN_TO_BE_REPLACED

The New Year’s message has as its … END_OF_DOCUMENT_TOKEN_TO_BE_REPLACED

Moving Forward: What Will 2023 … END_OF_DOCUMENT_TOKEN_TO_BE_REPLACED

There continues to be many and, if … END_OF_DOCUMENT_TOKEN_TO_BE_REPLACED