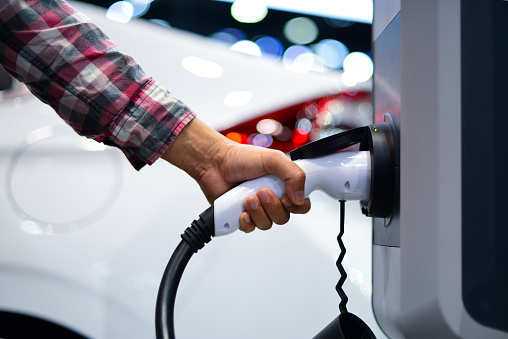 New Delhi: The automobile industry of India has been buzzing with new advancements, innovation and trends lately. The mention of electric vehicles, which only used to make a few heads turn till about a few years back, is gradually catching the attention of a growing number of population. Yes, it is true that electric vehicles are on their way to soon become a bright reality in India, paving way for a positive change. The manufacturing landscape of EVs, which solely used to be dominated by the global automakers earlier, is also now seeing a rejig, as numerous Indian automakers now take a deep dive into the electric vehicle space, tapping the growing potential that the country has in store.

What is even more interesting is that the mindset of the Indian population is also slowly evolving, with many now willing to make a switch to EVs soon. A recent study has highlighted that by 2022, most consumers in India would consider buying an electric vehicle. This in itself is a key trend which is likely to trigger the growth of the EV segment in the country.

Definitely, government intervention and policy have a key role to play in promoting electric mobility in the country. Indian policymakers have been actively pushing EV adoption over the recent years, and multiple initiatives have also been introduced to develop domestic capabilities across the entire EV value chain. Besides strengthening the EV manufacturing capabilities, renewable energy targets are also being revisited and various measures are being adopted towards effective recycling of raw materials. The battery price also has been expected to fall by more than 30% between 2018 and 2025, which will make electric vehicles (EVs) more affordable over the period of time. Besides this, the government of India has announced various tax cuts and subsidies to further encourage more and more people to buy EVs.

Delving deep into the EV space, experts suggest that the biggest and the most lucrative market in the EV segment is that of two-wheelers, as they play a significant role in the country’s overall mobility. In India, more than 25% of people commute to work either on bicycles or two-wheelers, as they are an affordable and reliable means of transport for people across urban and rural areas of the country. The total number of electric vehicles (EVs) sold in 2019 was 1.56 lakh, of which 1.52 lakh were two-wheelers, 3,400 were electric cars, and 600 were electric buses. Clearly, the two-wheeler market for EVs is likely to catch greater momentum in the times to come.

Looking at the road ahead, India aspires to reach its vision of 100% Electric Vehicles by 2030. Surely, factors such as increasing government support, decreasing cost of technology, growing interest of the country in EVs, distressing pollution levels, etc would collectively fuel and accelerate India’s transition to electric vehicles and enable the government to near its vision. However, there is still a long way to go. India’s progress on electric mobility has been commendable, but the transition will certainly take place at a steady pace. What is important is that the right path has been laid and the shift has started to happen.

Innovations in the EV space would continue to take place and we expect the policy environment to become more favourable over the years. It is a wait and watch period!

The idiom “in demand” is defined as … END_OF_DOCUMENT_TOKEN_TO_BE_REPLACED