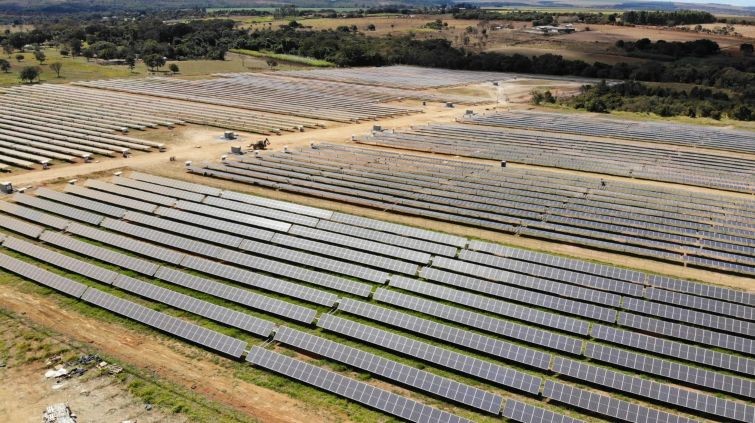 Mexican telecom group América Móvil, through its subsidiary Claro Brasil, announced the start of operations of a new solar plant in the Brazilian capital.

The project was built in Brasilia by Portugal’s EDP, which had already delivered four distributed generation solar plants to Claro Brasil last year.

The new plant, installed on an area of approximately 6 hectares, has 11,880 photovoltaic modules and is capable of generating 6,540 MWh/year, Claro said in a statement. This energy is equivalent to the consumption of around 2,725 homes.

The solar power will be used to supply 110 units of the telecommunications company (towers, stores and offices) and will avoid the emission of 490t of carbon dioxide per annum.

The Brasília plant is part of the Claro energy program “A Energia da Claro” launched in 2017, which the telco claims is the largest active distributed generation program in the country.

By 2021, the program is expected to generate 80% of the more than 600GWh the company consumes each year.

As mentioned above, in June 2020, EDP delivered four other distributed generation solar plants to Claro. These facilities, located on 5.8 hectares in the municipality of Taubaté (São Paulo state), have an installed capacity of more than 4 megawatts-peak (MWp) and guarantee the supply of renewable energy to 516 units in the state.

In addition to EDP, Claro also has similar projects with GreenYellow and Neoenergia.

No investment figures for any of these initiatives have been disclosed.

Overall, América Móvil forecasts full-year capex of around US$8bn for its operations in Latin America. The group invested 24.9bn Mexican pesos (US$1.21bn) in the first quarter.

According to Brazilian solar power association Absolar, Brazil has surpassed the milestone of 8GW of installed power from photovoltaic solar panels, with 4.9GW in centralized generation and just over 3.1GW in distributed generation.

EDP ended 2020 with 65.3MW of solar energy in its portfolio – 34.5MW in projects already delivered to clients such as Banco do Brasil, TIM, Claro, and Johnson & Johnson, and 30.8MWp in projects under development.

Last December, EDP signed an investment agreement to acquire a stake of up to 40% in Blue Sol. With the completion of that deal, EDP expects to obtain greater sales in the B2C solar energy segment.

A traffic light is seen near the … END_OF_DOCUMENT_TOKEN_TO_BE_REPLACED