Contributing towards curbing global warming by reducing carbon emission, Pune has made a significant progress with the Pune Municipal Corporation (PMC) generating 1.25 megawatt of power from rooftop solar projects besides doubling electricity production through similar plans on private buildings.

The PMC administration on Friday tabled its Environment Status Report (ESR) for 2020-21 in a meeting. Along with the positive impact of lockdown due to the pandemic on the city’s environment, the ESR revealed the increase in solar energy generation within the city limits.

As per the report, the PMC set up rooftop solar power generation plants on 39 buildings of the civic body with a total capacity to generate 1.25 MW of power. “The power generated from the solar projects would be primarily used in civic offices and the excess power as well as those generated during holidays will be provided to the power grid of power utility Maharashtra State Electricity Distribution Company Ltd (MSEDCL),” it said.

The PMC initiative to encourage people to use solar energy by giving discounts on property tax has been yielding good results. In 2020-21, total 1.82 crore units of power was saved due to the use of 49,577 solar water heaters installed by people across the city. 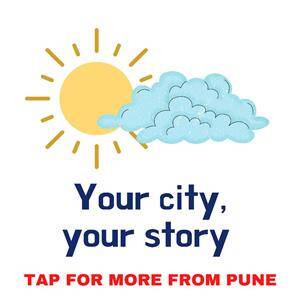 As per the ESR, vehicles cause the maximum air pollution in the city. There was 39 per cent reduction in registration of new vehicles in Pune in 2020 as against that in 2019.

A total of 31,53,453 vehicles are now registered with the regional transport office in Pune till June 2021. The registration of new vehicles was the lowest during the initial lockdown period of April and May last year. “The increase in use of electric vehicles in future would have a good impact on the air quality of the city,” it said.

The report showed that levels of particulate matter, PM 10 and PM 2.5, most harmful air pollutants, dropped significantly in the city during the lockdown period. “The PM 10 reduced to 63.94 in 2020 compared to 79.30 in 2017. It was below the standard mark of 60 microgram per cubic metre in all parts of the city during the five months of the year from May to September last year.”

The Mercedes-Benz has priced the … END_OF_DOCUMENT_TOKEN_TO_BE_REPLACED