WILLISTON, Vt.–(BUSINESS WIRE)–iSun, Inc. (NASDAQ: ISUN) (“iSun” or the “Company”), a leading solar energy and clean mobility infrastructure company with 50 years of construction expertise for solar, electrical and data services, today announced that it has been selected to provide its innovative solar products and services for phase one of one of the nation’s largest solar plus storage microgrid projects underway in Jackson, TN.

Phase one of the multi-phase project led by industry pioneer Northern Reliability is the vision of Community Development Enterprises (“CDE”) whose mission is to provide green energy solutions and economic relief to cities across the United States that have been hit with natural disasters and economic challenges over the past decade. Under the agreement, iSun will provide Engineering Procurement and Construction (“EPC”) services for the 16MW ground mount solar energy infrastructure. iSun’s estimated contract value is approximately $25 million with installations beginning in late-summer 2021.

“The selection of iSun as the provider of the solar portion of this project is testament to the Company’s established position as a high-quality EPC partner in the solar energy market and iSun’s innovative solar products and solutions. Our team has the ability to engage at all stages of a project to provide EPC expertise, innovation recommendations and confidence in our ability to execute,” said Jeffrey Peck, Chairman and Chief Executive Officer of iSun. “We are excited to be working with such forward thinking partners in NRI and CDE that share our values. Constructed solar assets will provide immediate local jobs and benefits to the Jackson, TN area for decades to come, and we are looking forward to continuing to work together to pursue similar opportunities across the nation.”

“We evaluated multiple proposals for our Jackson solar microgrid from qualified EPCs and it was clear to us that the iSun proposal stood out as superior. CDE has selected iSun because of the high-quality and detail presented in their 16MW array facility design, their flexibility in adapting to our usual site and use case demands, the overall completeness of their scope, and the high votes of confidence provided by their long-term customers,” remarked Dennis Emberling, President and CEO of CDE in Jackson.

Emberling continued, “This project is part of a larger effort by CDE to help Jackson redevelop. It will bring new businesses, new jobs, new educational opportunities, and $211M in economic impact to Jackson, including contributions to their infrastructure and community organizations. In selecting our Project Partners, it was important that our Partners shared the values of the communities that we are serving. We think CDE and iSun are a fit, and we look forward to doing many projects together in the near future.”

Gregg Noble, Vice President of Sales & Development of Northern Reliability, Inc., added, “The team at NRI is pleased to make this announcement regarding the selection of iSun as the PV vendor for the Jackson Solar Microgrid project. iSun will be a valuable part of the team as we push forward CDE’s vision of redeveloping the City of Jackson into a green energy hub and energy model of the future. The success in Jackson is critical towards understanding the economic potential which exists in all of America’s hardest hit communities. It is not a story about technology, it is a hopeful story about the path forward. We are proud to be moving down that path with a partner like iSun who shares that same positive vision for the business and citizens of this community.”

Headquartered in Williston, VT, iSun, Inc. (NASDAQ: ISUN) is a business rooted in values that align people, purpose, innovation, and sustainability. Ranked by Solar Power World as one of the leading commercial solar contractors in the Northeastern United States, iSun provides energy services, smart city innovations and clean mobility infrastructure to customers for projects from smart solar mobile phone and electric vehicle charging, up to multi-megawatt renewable energy solutions. Since entering the renewable energy market in 2012, iSun has installed over 200 megawatts of rooftop, ground mount and EV carport solar systems (equal to power required for 38,000 homes). We continue to focus on profitable growth opportunities. For more information, visit www.isunenergy.com

Northern Reliability, Inc. (“NRI”) is a US-based power systems integrator and the oldest operating engineering firm in the energy storage space based in Waterbury, Vermont. Initially formed as the energy storage and hybrid power systems division of Northern Power (formerly TSX:NPS) in the early 1970s, the NRI engineers broke off to become a separate organization. Having designed and deployed over 1,100 off-grid and microgrid power systems around the planet, the NRI team made news in T&D World Magazine 2017, 2018, and 2019 when it was awarded a unique $1.3M Grid-Tied Distributed Energy System Project for Xcel Energy in Denver, CO, the largest grid-tied solar + storage project in the Southern U.S., for Today’s Power, Inc. in Fayetteville, Arkansas 12MW-26.1MWh, and for a transportable storage contract with EPRI and the US Navy. In March 2021, NRI co-founded the first Mobile Energy Storage platform Nomad Transportable Power Systems. Visit www.northernreliability.com

A coalition of car manufacturers, … END_OF_DOCUMENT_TOKEN_TO_BE_REPLACED 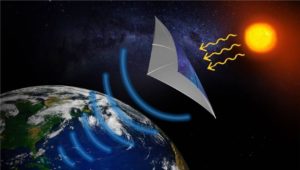