In this issue, Barcelona is trialling Spain’s first photovoltaic pavement as part of the city’s carbon neutral initiatives, with an evaluation of the system over six months to assess the potential of rolling solar pavements out across the city. The company providing the solar paving is Platio Solar, which touts the durability, efficacy, and simplicity of its system as an effective proposition for helping cities go green.

Also, Saudi Arabia’s ACWA Power has invested in some of the world’s largest solar power projects, including the $800m Redstone facility in South Africa, and Egypt’s Kom Ombo plant, both of which are the largest solar projects in their respective countries. Yet with the Chinese Government owning a 49% share in the company, and the company itself headquartered in Saudi Arabia, could its moves be as much about developing clean energy as reclaiming some of the power in a global energy industry that has been dominated by players such as the US for generations? We investigate.

Lastly, while the question “what is renewable power?” might seem straightforward, the complexities of powering the world mean that finding an answer can be challenging. Nuclear power has long been at the forefront of this debate, with its environmental impacts often countered by its potential catastrophic damage, and a recent update to the European Commission’s rules to enable more investment in hydropower highlights similar environmental concerns regarding hydropower plants.

Whether you are on a desktop, tablet or smartphone, you can read the magazine for free online, and join the conversation on Twitter. 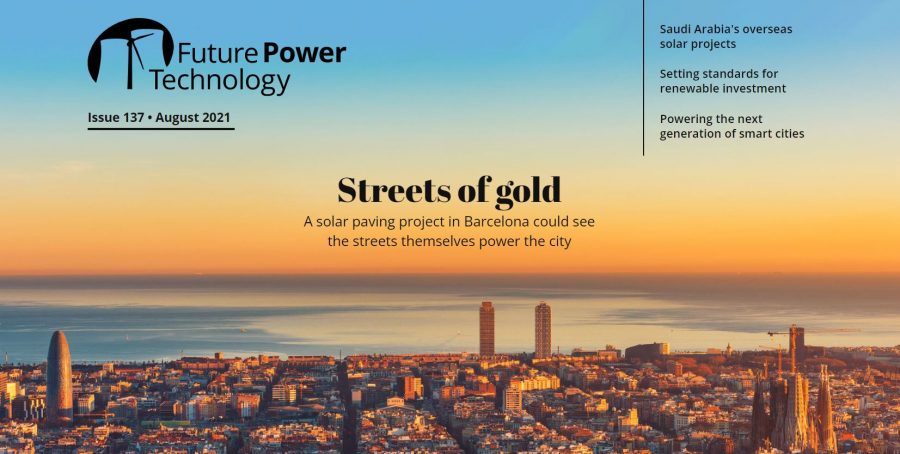 Paving the way: are solar sidewalks a viable way to decarbonise our cities?

Spain’s first photovoltaic pavement is being trialled in Barcelona as part of the city’s carbon neutral initiatives. Platio Solar, the company providing the solar paving, believes the durability, efficacy, and simplicity of its system can help increasingly busy urban areas to go green. Julian Turner reports.

Saudi Arabian solar: how the state has invested in overseas solar projects

Saudi Arabia’s ACWA Power has invested in some of the world’s largest solar power projects, including the Redstone facility in South Africa and Egypt’s Kom Ombo plant. JP Casey investigates how, with Saudi money and local support for solar power, these investments could establish a new sense of collaboration and renewable investment in the region.

Clean power standards: inside the plight of hydropower and nuclear

While the question “what is renewable power?” might seem straightforward, the complexities of powering the world mean that finding an answer can be challenging. JP Casey asks: can nuclear power follow hydropower in Europe, and achieve inclusion in legislation targeting clean power sources?

The world’s largest cities have tried to smarten up, using technology and data to optimise power generation and distribution. Now, a new tier of cities will use these technologies in their foundations. Matt Farmer takes a look at the super cities under construction that will redefine urban power.

With the need for energy storage exacerbated by the global efforts of companies to decarbonise their energy generation, Yoana Cholteeva looks into the innovations and the growing challenges of storing energy produced by renewable sources.

After solar technologists Synhelion produced the first-ever solar fuel from air and sunlight under real field conditions in 2019, the firm has now partnered with energy engineering firm Wood to rapidly bring solar-based synthetic fuels to the market. Yoana Cholteeva investigates how efficient solar fuel is and what the two companies are cooking together.

Battery technology has an increasingly important role to play in certain sectors, such as electric vehicles, but still faces developmental difficulties around infrastructure and metal supplies.

In the next issue, we investigate the state of the battery market, digging into how energy storage solutions are helping the energy transition, and the challenges the sector is yet to overcome.

The Mercedes-Benz has priced the … END_OF_DOCUMENT_TOKEN_TO_BE_REPLACED