“What we really have here, the way I perceive this program, is finally a way to offer a competitor to a monopoly that has existed in Ontario for over 100 years,” said Crawford. “The monopoly I speak to is Hydro One.” Crawford notes that energy costs could be permanently reduced to 80 per cent or more when switching to solar energy.

The Green Inclusive Community Building Program offers two main funding sources. The first source is $100,000 for projects that are $250,000 or smaller. The second offers 80 per cent funding and is geared towards projects that cost more than $250,000 and less than $3 million. Additionally, Otter Energy offers a large competitor fund for those looking for funds of up to $30 million. Applications for these grants must be submitted by July 6. Some examples of eligible facilities for the grant include community arenas, recreation centres, and indigenous health and social infrastructure facilities.

Otter Energy operates out of Picton, and been helping Ontario businesses, institutions, and community facilities save on energy costs since 2009. Last year, the company offered a CIF grant for commercial projects and was successful in securing nearly $15 million in funding through the federal government grant program. Unfortunately, due to COVID-19, approximately a third of those projects were lost. 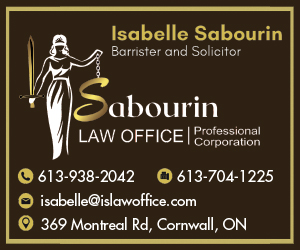 The first question following the presentation came from Councillor Cindy Woods, who asked, “When the system goes down, how does the transition back to Hydro happen until the system gets put back up again?”

“We set the inverters at a higher voltage than what the grid operates at,” said Crawford. “So, if the solar is on, the inverters are always pushing back on the grid. As soon as inverters fail, immediately the power comes back in off the grid.”

Mayor Bryan McGillis then asked Crawford who would be responsible for overseeing the roof load capacity for the weight of the solar panels.

“The first engineer on site is the structural engineer,” said Crawford. “If there’s a problem, 90 per cent of the time they can find a way to reinforce the roof.”

Mayor McGillis later added, “I’m a believer in renewable energy if we can use it at the right time. There’s a lot of need at peak hours for renewable [energy]. A lot of the times it’s just wasted, they have to dump it because there’s too much, so it’s a fine line. Renewable [energy] works well when it’s working but doesn’t work well when it’s not.”

For more information on Otter Energy, please visit their website.

located off NASA Parkway across … END_OF_DOCUMENT_TOKEN_TO_BE_REPLACED