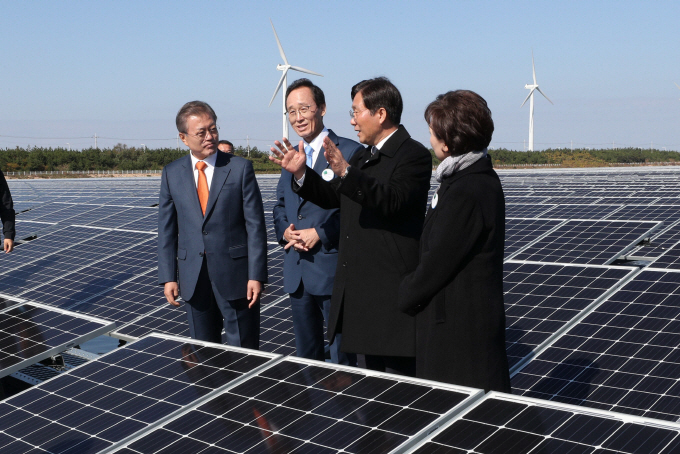 According to the data that Rep. Lee Joo-hwan of the main opposition People Power Party received from the National Assembly Budget Office and the Ministry of Trade, Industry and Energy, the nation’s cumulative solar power capacity shot up to 18,158 megawatts (MW) in September, about a four-fold increase from 4,502 MW in 2016.

The Korea Institute for Industrial Economics and Trade predicted that the amount waste panels generated nationwide would rise to 1,868 tons in 2030 and 85,220 tons in 2040.

A traffic light is seen near the … END_OF_DOCUMENT_TOKEN_TO_BE_REPLACED