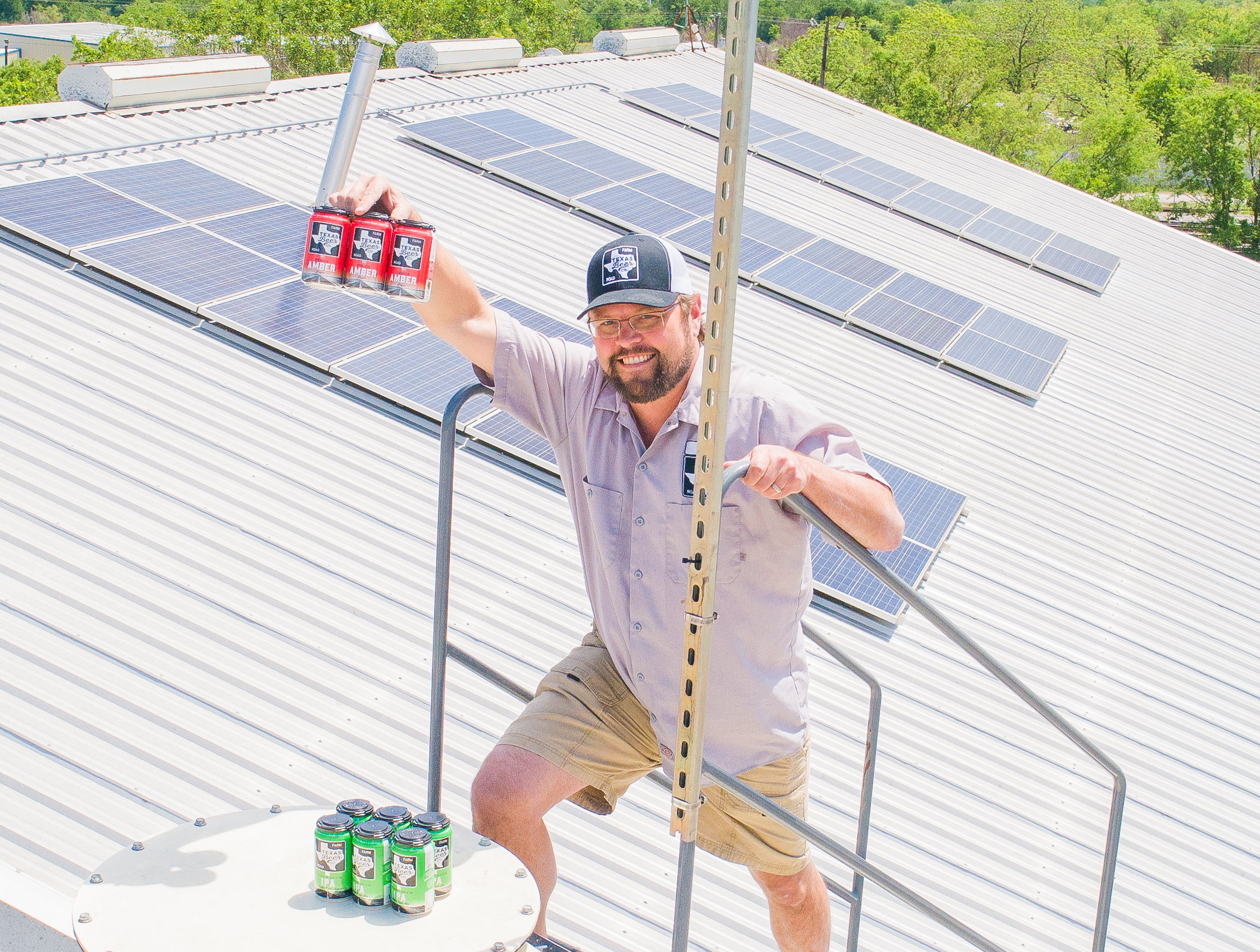 Craft breweries, having already surged in popularity in recent decades, are enjoying a second renaissance during the COVID-19 pandemic as social life has moved outside. “I think back in the day before Bud, Miller, and Coors, you know, took over the Amer­i­can beer industry, there used to be a brewpub in every town,” says Ian Davis, co-owner of Texas Beer Company in Taylor. “And it’s just getting back to the way it used to be.” A large patio or grounds, sometimes a short drive out of town, provided much-needed respite from the monotony of COVID times, and during Winter Storm Uri they contributed an even more life-saving resource than beer: potable water. While the rest of the city’s water was undrinkable, breweries had plenty on hand; after all, beer is 90% water, says Davis.

Brewing uses not only a lot of water but also a surprising amount of energy; extracting sugars from grain, then boiling the mixture again “to sanitize it to make sure there’s no outside bacteria,” Davis explains. Then it has to be boiled with hops, then cooled in refrigerators to different temperatures based on what kind of beer the brewer is trying to make: “So ales and IPAs, they ferment at a higher temperature, lagers ferment at a lower temperature.” This refrigeration is what demands the most energy.

In the last decade, breweries around the world have addressed their industry’s outsized resource consumption by transitioning to renewables.

In the last decade, breweries around the world have addressed their industry’s outsized resource consumption by transitioning to renewables. Anheuser-Busch InBev, which owns 14 breweries in Western Europe and 50-plus brands worldwide, including Anheuser-Busch, committed to 100% solar power in early 2020, in the largest Pan-European corporate solar power deal in history, according to Forbes and Bloomberg. Here in the U.S., AB InBev’s Budweiser became the first major brand to be brewed with 100% wind power in 2018, and Anheuser-Busch achieved its goal to be 100% solar-powered by 2025 early this year with the construction of a solar array in Texas the size of 1,500 football fields, “expected to generate … enough electricity to brew 20 billion 12 oz. servings of beer a year,” according to its press release.

But renewable brewing is possible at the smaller, friendlier craft-beer scale as well. There are at least 10 partly solar-powered breweries in Texas already, including Texas Beer Co. and Austin’s beloved Jester King. Matt Piper, the latter’s operations manager, spearheaded the process in 2017, building their solar array with a grant from the U.S. Department of Agriculture. “The payback period was, at the time, like 20 years … It wasn’t something that just made total business sense,” says Piper. “But for us, being on a giant piece of land in the Texas Hill Country, conserving land really ties into the bigger philosophy of who we are.” When the array was first installed, it offset 45% of Jester King’s energy load; now that the 165-acre site also includes a restaurant, the figure is 25%. 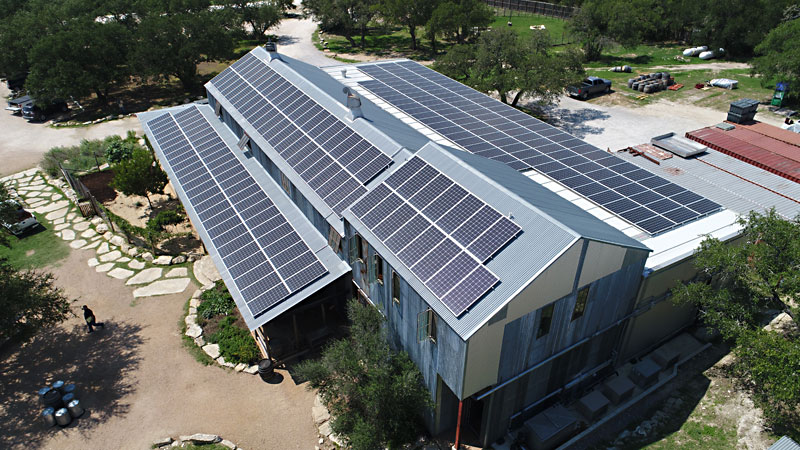 Davis, having formerly worked on the Beyond Coal campaign at the Lone Star chapter of the Sierra Club, knew he wanted Texas Beer Co. to be solar powered: “That was one of my goals as a Sierra Club alum … It was the reason we ended up picking the warehouse that we did, because it had a 20,000-watt rooftop solar array.” Texas Beer Co. offsets 23% of its load with on-site solar, the rest with a 100% renewable plan from its utility provider.

Both brewers agree that right now, to have “100% on-site solar would be quite difficult. That would be a massive solar array,” says Davis. According to Piper, “The technology isn’t quite there” for commercial solar-powered batteries to be able to run the brewery overnight. But if the technology catches up, Piper says 100% solar power could actually alleviate some current costs. For example, the panels on Jester King’s roof “added an inflation barrier, an air gap. So now the sun hits the solar arrays, the solar arrays absorb the sun’s energy and generate power. And then that UV light and radiant heat isn’t being absorbed by a building … You’re also saving on refrigeration costs,” he explains, “in a place like Texas that gets a lot of sunshine and heat in the summertime.”

Aside from brewing itself, there are sustainable ways to source ingredients as well. Davis says that most barley is farmed up north, but there are some farms in West Texas, and he thinks Central Texas could do it, too: “We’re in that strip of really fertile farmland called the Blackland Prairie … some of the best farmland in our state, and that is one of our long-term goals, to persuade some farmers to take a bet on doing local barley. They would just have to stagger the growing seasons to survive the Texas summer but … it’s something that I hope is kind of a lagging result of more and more brewpubs opening up – if a sufficient mass of farmers can see that there’s financial viability in growing local barley and local hops, that would be super cool.”

Currently Jester King is applying for a land application permit from the Texas Com­mission on Environmental Quality to allow it to use its treated wastewater to irrigate crops on the property, furthering a circular food system. Davis gives his leftover barley to local farmers who feed it to their pigs, who “have become craft beer snobs … They like our darker beers, the porters and stouts.” Davis says a sustainability mindset is baked into the craft beer culture already, “but just from a pure business point of view, anytime you’re wasting energy or wasting water, you’re wasting money.” Piper agrees: “I think it is definitely a trend that we’ll be seeing more of, especially as battery technology becomes a lot better. I think things will become more affordable for people and will make a lot more financial sense.”

A traffic light is seen near the … END_OF_DOCUMENT_TOKEN_TO_BE_REPLACED