The first time I read about the solar farm that “Carbon Buster” Peter Nix built in 2016, I was delighted. Nix, a retired environmental consultant, in the sunny southern region of B.C.’s Cowichan Valley, spoke with pride about the potential of solar power. And it was just the beginning of the National Observer’s efforts to feature ordinary people becoming climate heroes. 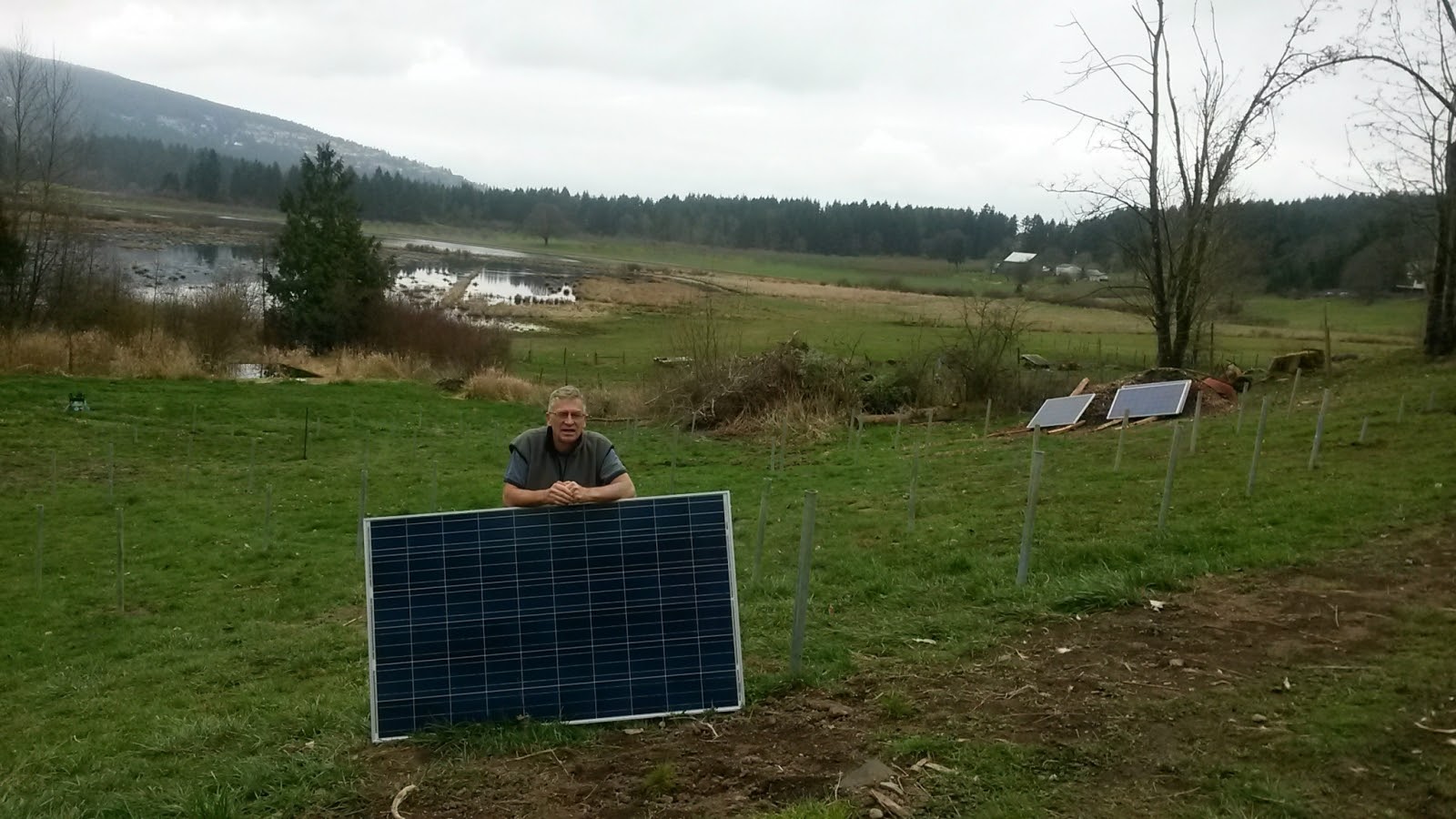 Nix’s story about building a solar farm leapt off the page. Peter is one of around 2,800 British Columbians since 2004 who joined BC Hydro’s net metering program to generate their own power. In the program, users who generate more power than needed can sell the electricity to BC Hydro and receive a bill credit for future electricity use. If they still have excess credit on the anniversary date of joining the program, BC Hydro pays them the market price for their electricity.

While net metering applies to all people who have installed energy sources identified by the Clean Energy Act (wind, geothermal, etc.), more than 95 per cent of net-metering users chose to install solar. 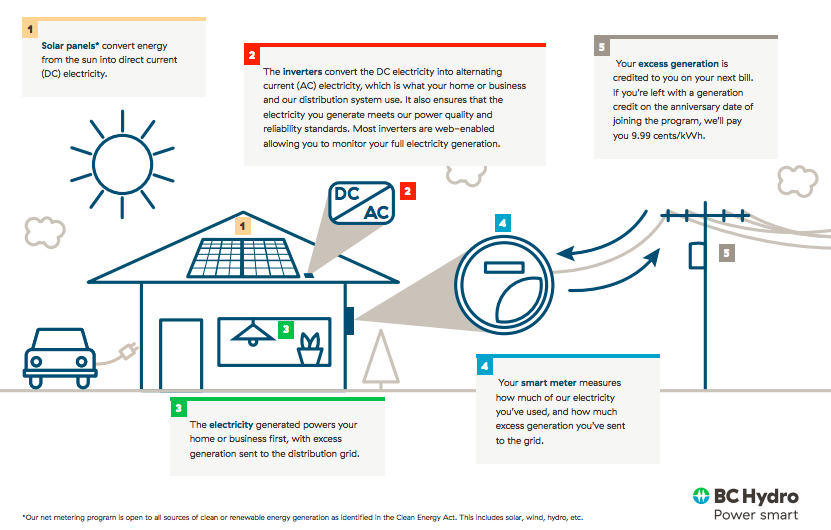 Get top stories in your inbox.

Our award-winning journalists bring you the news that impacts you, Canada, and the world. Don’t miss out.

In 2015, Nix transferred $145,000 from his pension fund to pay for the installation of a 192-panel solar farm at his home near Maple Bay. Using his “solar pipeline” (a hundred metres of underground wire from the solar panels to his garage to the grid), he sends energy to his neighbours to make a small profit.

He made a taxable return on investment of three per cent — $3,500/year — by selling excess electricity to the grid, and also saved about $2,000 on his home’s electricity bill.

That’s why Nix was shocked to learn that BC Hydro plans to slash the buying rate from around 10 cents per kWh to just four cents per kWh by 2024 — a nearly 60 per cent cut. The new rate comes into effect around the time BC Hydro’s Site C dam’s generators go online, and would impose a deep cut to the modest funds that Nix was earning from his solar farm.

“It’s basically bankruptcy, from a business point of view,” Nix said. He said BC Hydro encouraged him to set up his solar project back in 2015. Indeed, several pages on the BC Hydro website urge people to “generate electricity, and sell some of it to BC Hydro.” The company offers to buy power from net-metering customers at the market price (for now, it will pay 9.99 cents per kWh until the rate change happens in April 2024).

BC Hydro says it never meant to encourage people like Nix to sell power back to the grid.

“The purpose of the net-metering program has always been to provide our customers with the opportunity to use a small generating unit, fuelled by a renewable source, to offset some of their own usage, not to be a power supply source for BC Hydro,” spokesperson Susie Rieder said. She said the new rate changes would only affect a small number of people, as “less than 20 per cent” of the solar energy users were generating enough electricity to earn any income.

He said there’s “huge interest” in solar power in B.C. While some communities like Nelson have successfully launched their own solar gardens, other alternative energy projects have struggled to get off the ground.

“We are so far behind other countries on solar power, it’s pathetic,” Mommsen said, pointing to communities in Germany like Wolfhagen, which took back control of its power grid from a private power company and installed wind and solar energy, thanks to citizen-led co-ops.

What people are reading

Given these ambitious targets, encouraging people to switch to solar power, which has less environmental impact than other forms of energy (including hydro power), would seem to make sense. Yet in addition to the proposed rate changes, in 2019, BC Hydro indefinitely suspended its Standing Offer Program, which helped some First Nation communities in the province build and sustain solar energy projects.

BC Hydro suggested that solar farms were redundant, since the company already generates “clean” power to meet British Columbians’ needs.

“Ninety-six per cent of the electricity BC Hydro generates is already from clean, renewable resources, which means switching to solar in B.C. does not have the same environmental impact that it could in other jurisdictions,” Rieder said.

“In fact, because our electricity is already clean, the best thing British Columbians can do to reduce their carbon footprint is to switch to an electric vehicle or use an electric heat pump at home.”

Solar and hydro: Both ‘clean energy’?

Mommsen and Nix argue that lumping hydro and solar power together as “clean energy” is inaccurate, since hydro power plants also emit methane, which has far greater global warming power than carbon emissions.

According to a 2019 study in Environmental Science & Technology, hydro power dams drown plants and organic matter, which end up rotting and releasing methane out of the reservoir and into the atmosphere.

When asked about methane emissions, BC Hydro did not address the issue directly, but reiterated that hydro and solar “equally clean,” and that hydro power was a more reliable power source for consumers.

Nix laments that B.C.’s government and policymakers remain fixated on mega-projects, such as BC Hydro’s Site C dam and the LNG Canada facility, rather than boosting diverse community-level solar projects across the province.

He’s making a final appeal to the B.C. ombudsperson to review his case, arguing that BC Hydro should work with solar farms in order to help reduce the effects of catastrophic global warming.

“We have only nine years to substantially reduce our carbon emissions, and solar power is one of the few technologies that can help achieve that goal,” he wrote.

While Nix feels his odds of getting the government to side with solar farms are slim, he wants to keep fighting for solar energy’s future in B.C.

“I am doing everything that the B.C. government says it wants to become carbon neutral,” he said. “Yet on the other hand, the (BC) NDP are subsidizing the use of fossil fuels and encouraging gas fracking and gas furnaces, while bankrupting my solar farm at the same time — it does not make any sense.”

A traffic light is seen near the … END_OF_DOCUMENT_TOKEN_TO_BE_REPLACED