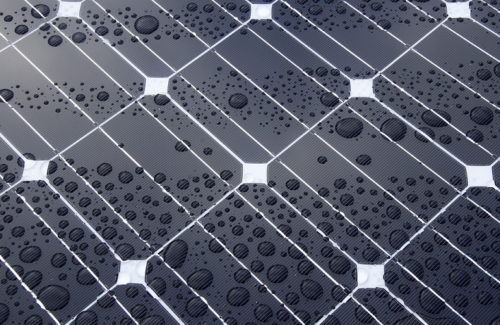 A new group called the American Solar Manufacturers Against Chinese Circumvention (A-SMACC), represented by D.C. law firm Wiley, has filed a petition with the Department of Commerce, asking the department to investigate Chinese silicon solar panel manufacturing companies working in Malaysia, Thailand and Vietnam as a way to avoid antidumping and countervailing (AD/CV) duties.

AD/CV duties have been in place against Chinese solar manufacturers since 2012. Any silicon solar cell imports from China come with an extra tax from the Dept. of Commerce. Some Chinese companies, in a possible attempt to avoid paying the tax, have moved portions of their manufacturing capacity to other Southeast Asian countries.

This latest petition is asking for a deeper look into specific companies working in the three mentioned countries:

A-SMACC released a statement through Wiley:

Today’s filing will ensure that the playing field for American solar manufacturing is level and ready for the scaled investments necessary to address climate change. For too long, obvious circumvention of antidumping and countervailing duties on Chinese solar products has hobbled the U.S. industry, eviscerated our supply chains, and put our clean energy future at risk. It is time for America to lead in this critical sector. This targeted enforcement action ensures that the United States’ status as an innovation and manufacturing leader will not be endangered by exploitative trade practices that harm the American worker.

While Chinese companies now almost exclusively export to the United States from Southeast Asia, the vast majority of manufacturing, research and development, and capital investment remain in China. In cases like this the law is clear; the duties on Chinese solar products should be extended to circumventing entities. Otherwise, it is likely that our industry will succumb to monopoly control, our energy security will be at risk, and the Biden Administration’s goal to Build Back Better with clean energy manufacturing will be gravely imperiled.

The companies involved with A-SMACC and the petition have chosen to remain anonymous. The petition has not yet been made public by the Dept. of Commerce.

Industry trade group SEIA sent a message to its members that the group will “aggressively oppose” an assessment of the duties.

“While we are still assessing the potential impact of these petitions, the disruption to the U.S. solar market could be severe,” said SEIA president and CEO Abigail Ross Hopper in an email.

Read more about the decade-long solar tariff battle between the United States and China here.

CSCI; Are you looking for managed … END_OF_DOCUMENT_TOKEN_TO_BE_REPLACED

Businesses must have reliable IT … END_OF_DOCUMENT_TOKEN_TO_BE_REPLACED

In the ever-evolving world of … END_OF_DOCUMENT_TOKEN_TO_BE_REPLACED