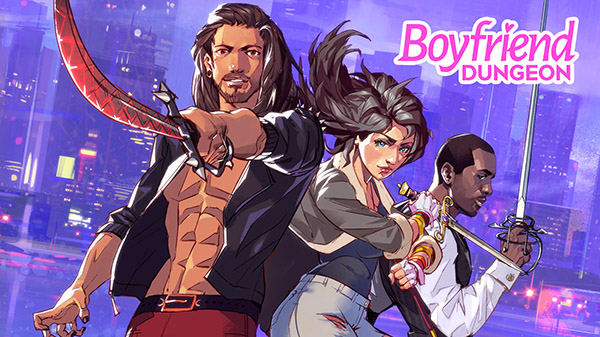 “Shack-and-slash” dungeon crawler Boyfriend Dungeon will be available for Xbox One and PC via the Microsoft Store, as well as via Xbox Game Pass for Console and PC, alongside its previously announced Switch and Steam versions when it launches later in 2021, developer Kitfox Games announced.

“Why should other consoles get all the fun of kissing weapons?!?? Xbox fans deserve swords to smooch too,” said director and designer Tanya X. Short in a press release. “We’re in the midst of finishing up the game and announcing voice actors, and now seemed like as good a time as any to also say we’re partnering with Microsoft to bring Xbox fans that premiere shack-and-slash content.”

Here is an overview of the game, via Kitfox Games:

Plunder the dunj as you fend off dangerous monsters and take your weapons on romantic dates. Woo your weapons in this flirty, playful, and welcoming world filled with mastery in the procedurally generated dungeon. Serving up a dose of summer-time fling nostalgia, take your dates out as you uncover their stories and level them up. Embark on blossoming relationships with your weapon cuties as you capture their hearts in friendship and in love. In this light-hearted, fantastical shack-and-slash filled with adventure, improve your skills and fend off the monsters together because the couple that slays together, stays together.

Watch a new trailer below.

The iPhone 12 got a fresh new … END_OF_DOCUMENT_TOKEN_TO_BE_REPLACED

State regulators are looking at … END_OF_DOCUMENT_TOKEN_TO_BE_REPLACED

The iPhone 12 got a fresh new … END_OF_DOCUMENT_TOKEN_TO_BE_REPLACED