IT Home has this to say about the Bilibili World 2021 event.

This exhibition includes animation, heroes of chess, board games, games, radio dramas and the main town of Up.

This custom GPU series is dubbed “Founders Edition”, and is another step for graphics card manufacturers to cater to specific audiences, and allowing consumers to show off their fandoms when putting together a custom computer based on a “theme”.

The three NVIDIA RTX 3080 custom GPUs each focused on a few different genres in the world of video games. The first was an Overwatch inspired card splashed in an orange and black coloring and the clan insignia of the Chengdu Hunters, an Overwatch esports team, graced the card as well. 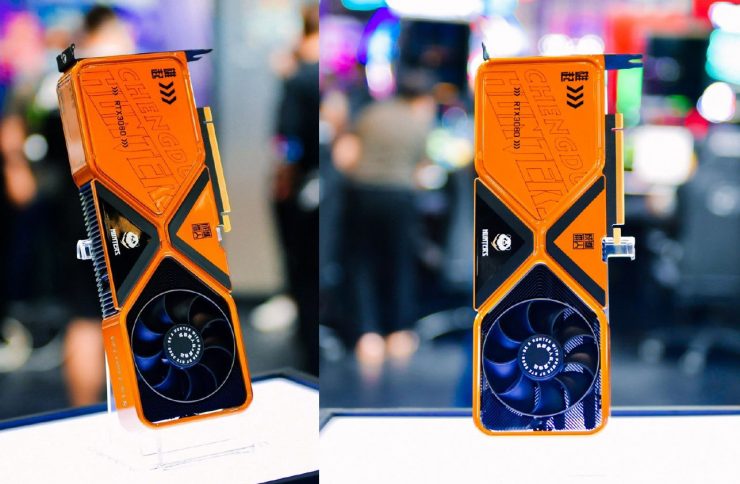 The second card, tinted in black, white, and turquoise, is inspired by the Vocaloid anime singer Luo Tianyi, who happens to not only be the original Chinese Vocaloid singer, but also the most well-known to Vocaloid fans. She is shown looking towards the left of the viewer. The card celebrates the ninth anniversary of the anime series. 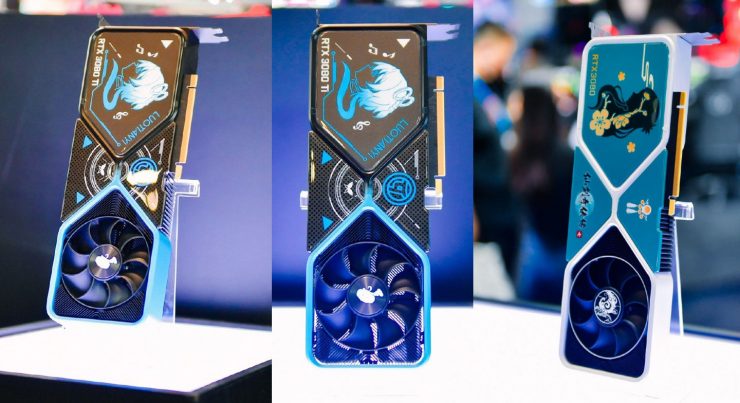 From left to right – Luo Tianyi inspired cards, and on the right, a card inspired by The Legend of Sword and Fairy (aka Chinese Paladin).

Lastly, the third card’s theme is based on the long running Taiwanese role-playing videogame series The Legend of Sword and Fairy, more specifically Series 7. The original game was first introduced to MS-DOS in 1995. The series has been adapted into numerous sequels and also into the 2005 Chinese television series Chinese Paladin, starring Hu Ge, Liu Yifei and Ady An. The colors used for this card are primarily light blue, yellow and white.

These three cards on display are not for public sale, but there is speculation that the three cards could be used as prizes for competitions headlined by the three properties in collaboration with NVIDIA in the future.

How to Succeed With the Help of the … END_OF_DOCUMENT_TOKEN_TO_BE_REPLACED

A traffic light is seen near the … END_OF_DOCUMENT_TOKEN_TO_BE_REPLACED