In the latest edition of his Power On newsletter, Bloomberg‘s Mark Gurman said that he doesn’t expect Apple to hold another event or make any other major product announcements this year, while turning his attention to what we can expect next year. 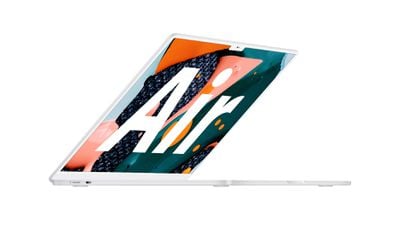 Apple held an event in November 2020 to introduce its first Macs with its custom-designed M1 chip, but Gurman believes Apple has nothing else left of substance on its roadmap that would be ready to launch before the end of 2021.

Gurman believes that a new MacBook Air with an entirely new design and an Apple-designed M2 chip will launch in around six to eight months from now. He believes the upcoming model will represent the biggest redesign of the MacBook Air since 2010, with a rumor earlier this week claiming that the notebook will have a similar design as the 24-inch iMac, including off-white bezels around the display and a variety of color choices.

Gurman also expects a larger iMac with Apple silicon, a new Mac mini, a new iPhone SE, and a new iPad Pro to launch after the calendar turns to 2022.

Following the unveiling of redesigned 14-inch and 16-inch MacBook Pro models with Apple’s next-generation M1 Pro and M1 Max chips this week, the only Intel-based Macs remaining in Apple’s lineup include a low-end 21.5-inch iMac targeted at the education market, the 27-inch iMac, the high-end Mac mini, and the Mac Pro tower.

Apple today announced it will be holding a virtual event on Monday, October 18 at 10 a.m. Pacific Time, and rumors widely suggest that redesigned 14-inch and 16-inch MacBook Pro models will be unveiled with a faster version of the M1 chip. After the event was announced, a few readers asked us when to expect orders to begin for the new MacBook Pro models, should they be announced. While…

Apple’s larger redesigned iMac will arrive sometime in 2022 rather than later this year, according to the leaker known as “Dylandkt.” On Twitter, Dylandkt claimed that Apple’s “high end iMac” is not expected to release in the fourth quarter of 2021 alongside Apple’s “M1X Macs” – a reference to Apple’s redesigned MacBook Pro models – because “Apple simply does not want their devices to…

After its first event of the fall, Apple is on track to hold a Mac focused event within the next month, where it will debut brand new MacBook Pros with a faster “M1X” Apple silicon chip, an updated design, and improved display technology, according to Bloomberg’s Mark Gurman. Apple last year held its Mac event in November, but in the past, it has held Mac events in October. Till now, there’s …

Users who have been eagerly anticipating the launch of a larger iMac with a powerful Apple silicon chip may be in for disappointment, as the machine now looks to be delayed into next year. The leaker known as “Dylandkt” has claimed that Apple’s “high end iMac” will not be released in the fourth quarter of 2021 alongside Apple’s “M1X Macs,” a reference to Apple’s redesigned MacBook Pro…

M2 Chip Rumored to Arrive in 2022 With Redesigned MacBook Air

Apple is planning to launch the “M2” chip with redesigned MacBook Air models in the first half of 2022, according to the leaker known as “Dylandkt.” On Twitter, Dylandkt claimed that a new MacBook Air model is “on track” to launch in the first half of 2022, featuring an M2 chip and a more colorful design. They also claimed that the “M1X” chip is being reserved for high-end “Pro” Macs, which…

With the New MacBook Pro Finally Out, Are There Any Other Products Coming From Apple in 2021?

Apple has had a busy year in 2021, releasing several new products, updates to services, new software updates, and more. Most recently, Apple finally announced the long-rumored redesigned 14-inch and 16-inch MacBook Pros, which was by far one of the most talked-about and anticipated product announcements this year. With the new MacBook Pro models announced, some customers may be wondering if…

After Tuesday’s “California streaming” event where Apple will unveil the iPhone 13, Apple Watch Series 7, and AirPods 3, Apple has one further event planned that will focus on new Mac and iPad announcements, according to Bloomberg journalist Mark Gurman. Responding to a query about new Macs, Gurman tweeted that “there will be two events,” and said he expected the latter to feature both new…

A little more than 24 hours until Apple’s much-awaited launch of redesigned 14-inch and 16-inch MacBook Pros, new evidence has emerged suggesting that Apple may be calling the chips that power the upcoming Macs “M1 Pro” and “M1 Max.” The new MacBook Pros will be powered by the next generation of Apple silicon, featuring up to 10 CPU cores, with eight high-performance and two energy-efficient …

A traffic light is seen near the … END_OF_DOCUMENT_TOKEN_TO_BE_REPLACED