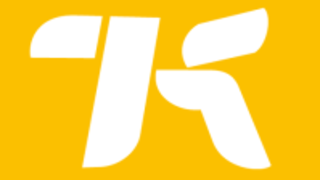 The first thing I did upon setting foot in Foundation, the hub world central to Final Fantasy XIV’s Heavensward expansion, was sign up for the Astrologian and Dark Knight job class. This is extremely out of character for me because I only play damage dealers in MMOs, and Astrolgian and Dark Knight are healer and tank classes respectively. But part of the beauty of Final Fantasy XIV is that you can play all classes on a single character—no need to make a new character and start the game all over again as one would in other MMOs. I figured I would give tanking and healing a shot and if I didn’t like it, I could switch back to any of my three damage classes. But now, I think I’ll remain an Astrologian forever.

It happens often—the damage dealer crosses over to see how the other roles live and finds a world full of wonder and excitement. In that regard, my experience trying a healing class for the first time isn’t out of the ordinary. But what’s been so interesting and fun for me is how switching classes has become not only an enjoyable gameplay experience, but a narrative experience as well.

I play Final Fantasy XIV to enjoy its story. Though I’m not on a server known for role-play, nor am I in a role-play free company, I enjoy role-playing by myself in my head. After the events of A Realm Reborn, my miqo’te is pissed off, depressed, and alone. (Yes, Tataru and Alphinaud are there with her, but one she hates and the other has never been more than the adorable admin assistant who works in a completely different department so they’re only mild acquaintances at best.) She arrived in Foundation searching for answers, trying to see some meaning in all the fucked up shit she’s had to go through. Her black mage mentor offered no advice. All her bard teachers did was bicker while they secretly made out behind the chocobo stables. And her samurai sensei seemed only interested in righting past wrongs with his best Robin Hood impression. At every turn, my character was offered no solace until she stumbled into the Athenaerium Astrologicum.

After a series of quests, my character was on her way to becoming a powerful astrologian, and at every step, her teachers taught her to look to the stars for guidance when things were unclear or difficult. For a character so wounded, becoming an astrologian and having the ability to find the answers she needed in the stars was personally fulfilling. I’m not one of those astrology types in real life. I don’t know my birth charts and I have no idea what my rising sign is—I’m a Leo, that’s all I care to know. But ever since I was a child, I’ve been utterly fascinated by the stars. Most of my tattoo ideas are of stars. I hunt Etsy for star-themed art, even my twitter name “adashtra” is a mix of my name and the Latin “per aspera, ad astra” or “through hardship, to the stars.” Stars are kinda my thing, so it made me happy to see something that I enjoy in real life give comfort to my character.

From a gameplay perspective, astrologians are damn cool. They fight with ornate-looking devices called star globes that hover in their hands as a deck of tarot cards magically orbits it. It’s so creative and unexpected and I love it. None of that tired Harry Potter or Lord of the Rings bullshit, fighting with wands and staves, we’re doing the extreme fantasy shit, fighting with the power of Tarot. I mean look at me, doesn’t this look absolutely bitchin’!

The prospect of healing was and still is fraught. My DPS-wired brain is having a hard time adjusting to a healer’s mindset. Before, I barely had to know a boss’ strats—just don’t stand in the “X” in which “X” is whatever area damage spell a boss will spawn on the ground. Now, from the lowest-level dungeons to the highest raids I need to know everything or people will die. I ran through the Stone Vigil dungeon as a damage dealer perhaps a dozen times without knowing anything more than “don’t stand in the ice.” It was only as a healer that I learned you had to use cannons to kill the dragon adds during the second boss. Switching from damage to healer was like asking me to learn Carl Sagan-level astrophysics as a teenager fresh out of Algebra I.

The stress of being responsible for a successful dungeon run was killer. And with me, people died a lot. Even though I’m a healer, I’m still expected to lend some of my damage to help kill mobs. But sometimes while I’m damaging, I’ll notice the tank’s health getting low. I’ll cast a healing spell and keep casting healing spells wondering why they’re not getting better until I’ll finally notice that I hadn’t switched targets—I was casting those healing spells on the mobs. I’ll quickly switch targets but it’s already far too late—the tank is dead. That happened in Haukke Manor once and I was so embarrassed that I faked a disconnection and logged out right then and there.

I’ve gotten a lot better. Being a healer is very good if you want to develop your leadership skills. I’ve progressed to the point where I’m the one leading new players through the lower dungeons, directing people to not attack the blasting caps in the Copperbell Mines and to jump at the right moment fighting Titan. It’s like the stars, in their all knowing cosmic power, have invested my character with the knowledge and the confidence she needs to guide others.

Truth is, I’ve never been more engaged in Final Fantasy XIV as I have been playing a healer. I was on autopilot for 50 levels and now that I have to use my brain, I don’t want to go back. I understand my damage classes get more complex the higher my level, and I look forward to whatever challenges they offer, but I’m thinking of making my astrologian my main class. It fits my character’s story, it’s fun to play, and I never have to wait more than two seconds in a dungeon queue. Oh yeah, I’m never giving this up.

CSCI; Are you looking for managed … END_OF_DOCUMENT_TOKEN_TO_BE_REPLACED

Businesses must have reliable IT … END_OF_DOCUMENT_TOKEN_TO_BE_REPLACED

In the ever-evolving world of … END_OF_DOCUMENT_TOKEN_TO_BE_REPLACED