iOS 14.5 and associated updates for iPadOS, macOS, watchOS, and tvOS are all launching soon, bringing the ability to unlock an iPhone with an Apple Watch, AirTag support, dual-SIM 5G support, Siri improvements, updates for Podcasts, Maps, and News, and more. 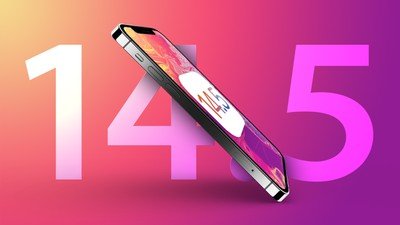 As part of its April 20 press releases alongside the “Spring Loaded” media event, Apple revealed that iOS 14.5 and the other updates would be available “starting next week,” meaning that we can expect them to debut sometime between April 26 and April 30. Apple has also informed developers that all apps must be built using the iOS 14 SDK and comply with App Tracking Transparency requirements starting Monday, April 26, suggesting we may see a release of the new operating system updates on that date.

Apple’s iOS updates tend to come out around 10:00 a.m. Pacific Time, so our best guess is that iOS 14.5 and related updates will be released at that time on Monday, April 26. While there are no guarantees Apple will stick to its usual release timing, that seems to be a pretty reasonable guess, so we’ve put together this list of corresponding times around the world:

We’ll update this article if we hear more information about Apple’s launch timing for iOS 14.5 as we get closer.

A traffic light is seen near the … END_OF_DOCUMENT_TOKEN_TO_BE_REPLACED