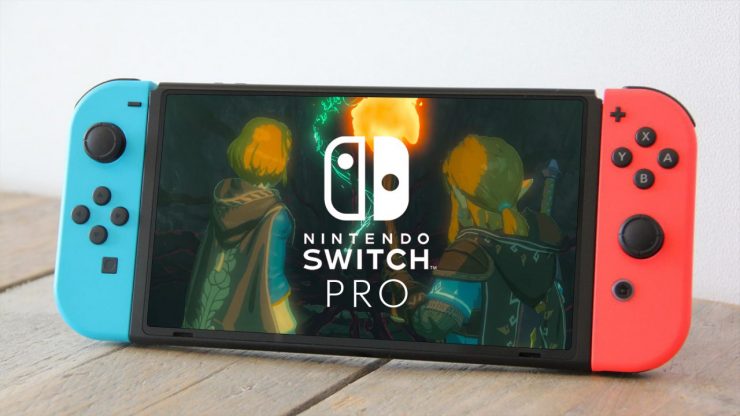 A listing for the “New Nintendo Switch Pro” briefly popped up on Amazon Mexico.

As spotted by Twitter user @Alphabeat, and picked up by deal scout @Wario64, the retailer might have listed Nintendo’s rumored upgraded new Switch model. From the looks of it, the listing was a placeholder, and aside from the name, no further details were mentioned by Amazon. Shortly after the listing was spotted, Amazon pulled it, but as always, the internet doesn’t forget and we managed to grab a screenshot from the cached Amazon page. You’ll find the screenshot down below.

[Updated] Bloomberg: New Nintendo Switch 4K Model to be Released As Soon as September; An Announcement Is Imminent

Whether this listing is the real deal or just some sort of bad prank remains to be seen, but the fact that the page has already been removed might say something about its legitimacy.

Yesterday, Bloomberg and Eurogamer reported having heard from sources familiar with the matter that Nintendo will soon be announcing an upgraded Switch model ahead of this year’s digital E3 event. “I understand this is to ensure third-parties working on games which support the upgraded Switch are free to announce these projects at E3, and before Nintendo’s own digital showcase later in that week”, Eurogamer wrote following Bloomberg’s report.

The new Nintendo Switch ‘Pro’ model is said to be sold alongside the Switch Lite model with the original model being gradually being phased out. Exact details about its pricing weren’t shared, but it’s expected to be sold for a higher price than the current $299 model.

Rumors about a new Switch 4K model have been popping up for quite some time now, although, to date, Nintendo has said that it currently has “no plans” to release a new model. If the most recent rumors about correct, Nintendo plans to release its new Switch model with upgraded hardware and a 720p OLED display later this year. As reported, the new model will able to upscale to 4K resolution through NVIDIA’s DLSS upscaling technology in docked mode.

The original Nintendo Switch was released back in March of 2017 with the Switch Lite being launched back in September of 2019.

In our age, technology is … END_OF_DOCUMENT_TOKEN_TO_BE_REPLACED

How to Succeed With the Help of the … END_OF_DOCUMENT_TOKEN_TO_BE_REPLACED

A traffic light is seen near the … END_OF_DOCUMENT_TOKEN_TO_BE_REPLACED