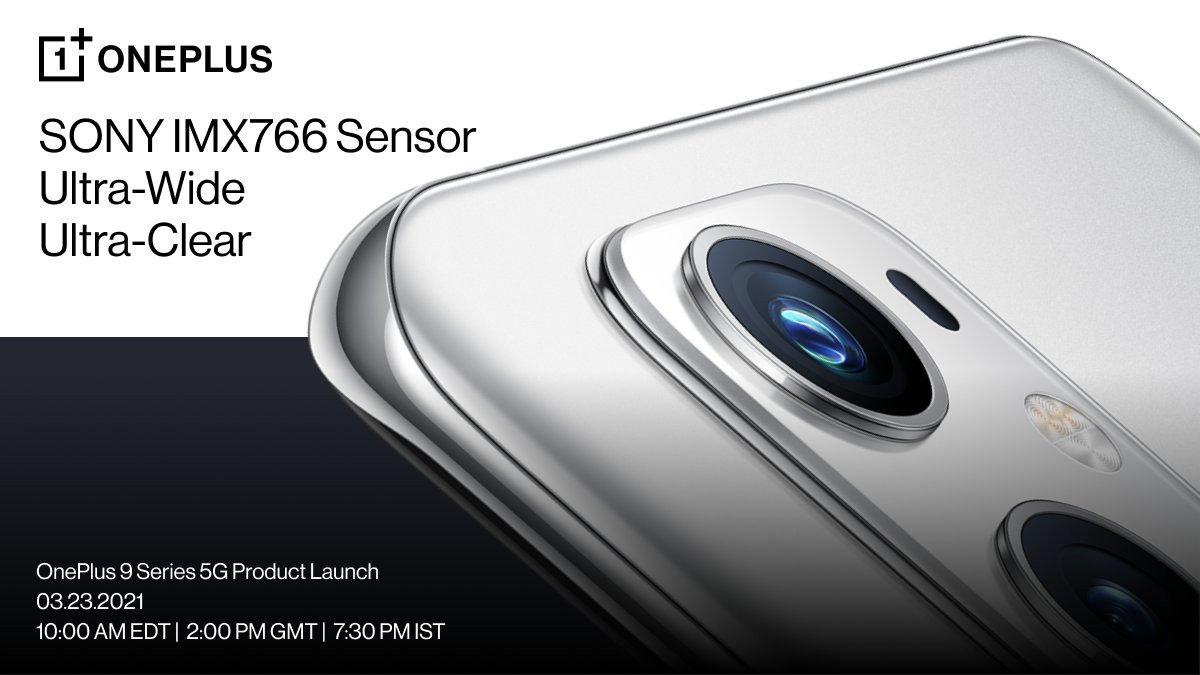 The OnePlus 9 series is due to be revealed on March 23, and the Chinese manufacturer has started to disclose more details about the phones. Now, OnePlus has revealed that at least one of the phones (presumably the Pro) will be equipped with a 50MP ultra-wide camera.

Pete Lau confirmed on Twitter that the OnePlus 9 series will be equipped with a 50MP IMX766 ultra-wide camera. He added in a follow-up tweet that this ultra-wide camera also delivers distortion-free shots. Presumably this is due to the free-form lens technology the company confirmed it would be using earlier this week.

Lau posted two ultra-wide images, with one showing a conventional ultra-wide snap and the other showing a snap from the OnePlus 9 series ultra-wide shooter (R). Check them out below.

This wouldn’t be the first phone equipped with the IMX766 camera sensor, as the Oppo Reno 5 Pro Plus (available in China) uses this sensor as the main camera. Nevertheless, the sensor offers a 1/1.56-inch size and reportedly has one micron pixels, making it less impressive on paper than Samsung’s Isocell GN2 50MP sensor. But it should still be an upgrade over the 48MP IMX586 used for the OnePlus 8 Pro‘s ultra-wide camera, featuring a 1/2-inch sensor size and 0.8 micron pixels.

OnePlus also confirmed earlier this week that it will offer a Sony IMX789 sensor for its main camera, saying it will be the largest sensor in a OnePlus phone. The company didn’t disclose a resolution for this sensor though.

Either way, it stands to reason that one or even both of these sensors could appear on the Oppo Find X3 Pro as well. This is because the OnePlus 8 Pro and Oppo Find X2 Pro delivered near-identical main and ultra-wide cameras last year.

CSCI; Are you looking for managed … END_OF_DOCUMENT_TOKEN_TO_BE_REPLACED

Businesses must have reliable IT … END_OF_DOCUMENT_TOKEN_TO_BE_REPLACED

In the ever-evolving world of … END_OF_DOCUMENT_TOKEN_TO_BE_REPLACED