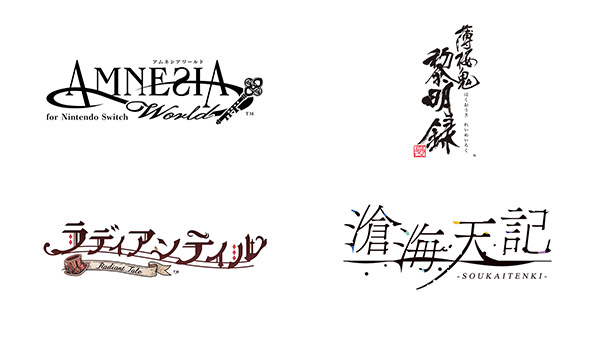 Get the details below.

Amnesia World, which first launched for PS VIta in May 2014, is coming to Switch on August 19 in Japan for 7,150 yen for the standard edition and 9,350 yen for the limited edition. Visit the official website here.

Here is an overview of the game, via VNDB:

It all happened on August 1.

The protagonist woke up one morning to discover that she had lost all memory of anything before August 1st. She had no idea who she was, what life she had lead and her relationship with those around her. It was then when a young man who called himself a “spirit” appeared before her.

Him and the protagonist headed for her place of work, “Meido no Hitsuji (Sheep of the Other World).” She proceeds to work whilst covering up the fact that she’s an amnesiac.

Plans of the Meido no Hitsuji’s upcoming “concept event” gets around. Apparently, the particulars of this event were proposed by the protagonist herself before her memory loss. With no recollection of the event plans, and no knowledge of the details, the protagonist gets started on helping out her colleagues with the preparations…

Here is an overview of the game, via VNDB:

Years before the beginning of Hakuoki, the Shinsengumi was known as the Mibu Roushigumi. A wandering young man named Ibuki Ryuunosuke falls in with the group by chance just after they first come to Kyoto, and while grudgingly making friends with the members within, witnesses the dawning era of the Shinsengumi.

Radiant Tale is a circus fantasy adventure game with main character design by Kageroo Usuba, directed by Mizuki Mugino, and produced by Shinobu Iwata. Its tagline is, “I’m sure that I will reach a future where I’m with you someday.” Its title summary is, “A fantastic, troublesome journey woven by a girl who ants to be normal and guys who are abnormal!” A release date was not announced.

Soukaitenki is a bonds-deepening adventure game with character design by Teita and scenario by Yuumi Yamada. Its tagline is, “With the sea as our ally, and the heavens our strength, now our bonds will turn to light.” Its voice cast includes Daiki Yamashita, Yūichirō Umehara, Kaito Ishikawa, and more. Its title summary is, “A media mix project by Otomate x Toho Animation x Plus81, with a stage drama planned to run rom December 8 to 12 at Theater 1010 in Tokyo.” It will launch in 2022. Follow the game on Twitter @soukaitenki.

AUSTIN (KXAN) — As both … END_OF_DOCUMENT_TOKEN_TO_BE_REPLACED